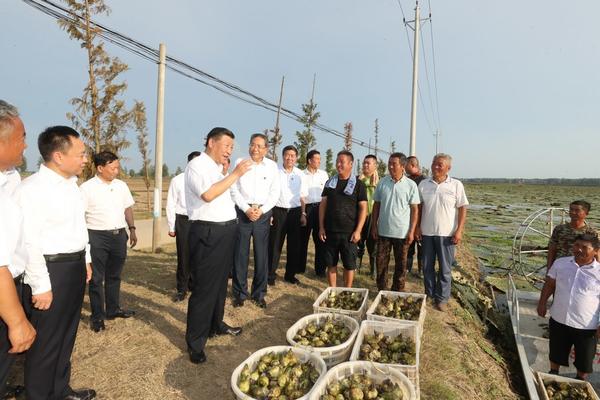 While visiting the flood-stricken residents in Funan County, east China's Anhui Province, Xi Jinping, general secretary of the Communist Party of China (CPC) Central Committee, said Tuesday that he has always been concerned about the people in flood-stricken areas.

Xi also checked the water situation of the Huaihe River and learned about local measures for flood control, disaster relief and post-flood production recovery during his inspection tour in the province.

As China experienced a particularly tough test in flood control this summer, coupled with small, scattered outbreaks of the COVID-19 epidemic, the authorities have pooled resources to concentrate efforts to safeguard people's lives and property.

Since the start of the flood season, China has allocated central budgetary funds for disaster relief totaling 1.155 billion yuan (about 167 million U.S. dollars) for regions hit by floods as of July 13.

To ensure ample manpower in the fight against the floods, the Chinese People's Liberation Army and the People's Armed Police Force joined in the flood control work, dispatching troops to 3,749 operations of flood relief and helping evacuate 137,000 residents affected by the floods as of July 28.

The key behind the country's strong actions to control the floods is its people-centered governing philosophy. In a meeting of the Standing Committee of the Political Bureau of the CPC Central Committee on July 17, Xi stressed putting people's lives and property first and taking more forceful measures to do a good job in flood control and relief work.

To help flood-hit regions overcome difficulties, the country has established a mechanism that allows local authorities to apply for a part of budgetary disaster relief funds before the tallying of disaster losses is completed, making relief operations more timely and efficient.

"This can effectively reduce the number of people who die or disappear in disasters, and save people's lives and properties to a much better extent," said Yang Xiaodong, an official with the Ministry of Emergency Management.

Regarding flood victims in post-flood recovery, local authorities were required to enhance support for them in terms of epidemic control, life assistance, production, hygiene and compensation to restore production and life orders. Workshops and recruitment campaigns were launched by local governments to ensure those who have shaken off poverty will not fall back to poverty due to the floods.

China's governing capability combined with its people-oriented approach has acted as a double-layer shield with a great degree of strength and resilience against the threats of floods and disasters.

Statistics show that the number of people dead or missing due to the floods since July was 82 percent lower than the average for the same period of the past five years, while collapsed houses and direct economic losses dropped 78.3 percent and 5.9 percent, respectively.

During his inspection tour in Anhui, Xi stressed that the country must improve its capability to prevent and combat disasters in its effort to build a modern socialist country in an all-round way. As enhancing capacity on disaster prevention is expected to be included in more of the country's policies such as the 14th Five-Year Plan, the shield can only become stronger.