Willingness to Get COVID Inoculations Strong 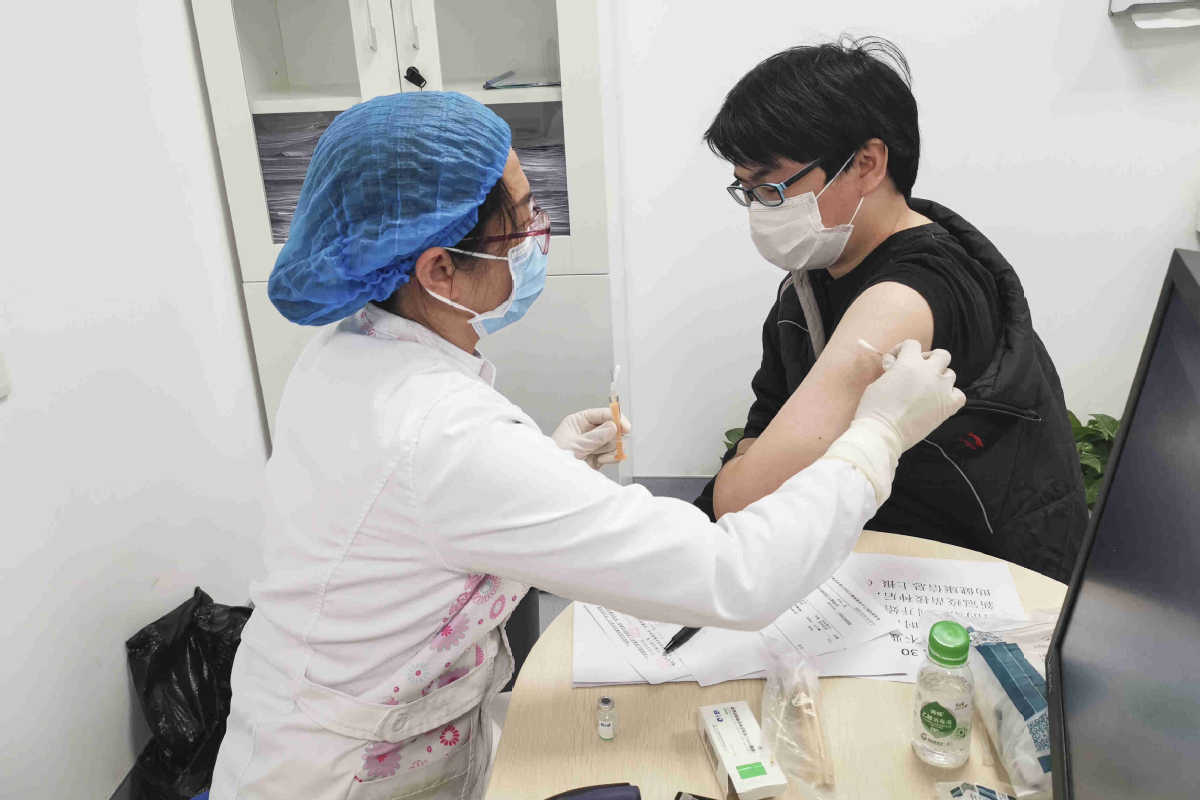 A resident is given a COVID-19 inoculation at a community health center on Wednesday in Shenzhen, Guangdong province. CHAI HUA/CHINA DAILY

People qualified to get an emergency inoculation against COVID-19 in China have shown a strong willingness to take the shot, as evidence of homegrown vaccines' safety and efficacy continues to build, boosting the public's confidence.

Leading vaccine developer Sinopharm said on Wednesday that an inactivated vaccine candidate created by a company unit in Beijing is 79.34 percent effective in protecting people against the virus and is generally safe, citing interim results from stage 3 clinical trials.

The newly released efficacy rate has met requirements set by the World Health Organization and the National Medical Products Administration, the company said in a statement released on its website.

The product can also induce a high level of neutralizing antibodies in 99.52 percent of recipients. This indicates that nearly all of them have generated immune responses against the virus, but not all responses are necessarily strong enough to fend it off.

With these new developments, the company said it has already submitted an application for market approval to the top drug regulator, making it the first domestic vaccine developer to announce the crucial move.

The experimental dose, developed by Sinopharm's Beijing Biological Products Institute, is one of three vaccines being rolled out for an emergency inoculation program targeting high-risk groups nationwide since July.

The high-risk population includes those traveling to medium-or high-risk areas for work or study, as well as workers in customs, healthcare, the cold-chain industry and other public service sectors, according to the National Health Commission.

As evidence on domestically developed vaccines accumulates and official market approval draws closer, the emergency campaign is proceeding smoothly across the country and has been met with high acceptance from the public, officials said.

In Shenzhen, Guangdong province, five community clinics began vaccinating people against the virus this week. The two-dose vaccination is free of charge, but appointment slots are limited, according to the local government.

On Tuesday, people waiting to get the shot were lined up at one of the centers in Nanshan district while more than a dozen medical workers were busy checking their information, setting up personal health files, administering the dose and confirming the date for the second shot.

Among the recipients was Yan Weifan, a new graduate from a university in Hong Kong. He planned to travel to Hong Kong soon to get his diploma, which made him eligible for the emergency program.

Yan said he waited for about an hour at the health center to get the shot and was instructed to remain there for 30 minutes for medical observation before leaving.

"It felt like having a normal injection, with a little sore and swollen feeling," he said.

Song Shuyi, director of the health center, said about 400 people were vaccinated on Monday, most of them students who plan to study abroad.

In Jinan, Shandong province, two hospitals were designated to administer emergency doses starting over the weekend, according to the city's health commission.

Hospital workers stayed busy all day on Tuesday fielding calls about the vaccinations and booking slots, according to a medical worker at one Jinan hospital who declined to give his name.

A similar eagerness to get vaccinated was reported in Wuhan, Hubei province, which began emergency inoculations on Dec 24 at 48 health clinics across the city.

"I hope to get vaccinated as soon as possible so that I do not need to present nucleic acid test results each time I get a new job," said a 43-year-old housekeeper in Wuhan whose surname is Wang.

In response to the high demand, local governments are stocking up on emergency doses and accelerating vaccinations for high-risk groups while abiding by regulations.

Jing Jing, a senior official at Sichuan province's health commission, said during a conference on Dec 17 that the commission planned to complete administering the first doses to all key groups by Jan 15 and to finish the second injections by Feb 5.

Health authorities said during a previous conference that annual manufacturing capacity for the vaccines in China will exceed 1 billion by the end of 2021.