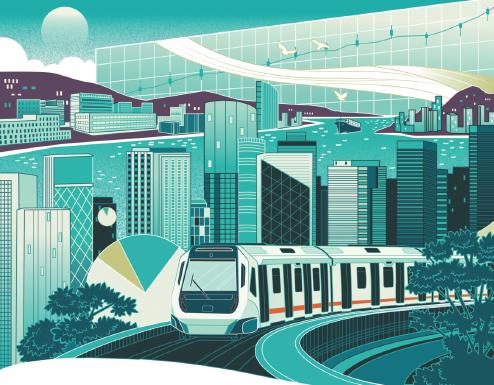 The removal and streamlining of approval procedures for certain foreign-invested projects will attract and assist overseas companies while benefiting overall investment this year, experts and industry insiders said.

In a recently released guideline, the National Development and Reform Commission said that foreign-invested projects under $30 million will no longer need to follow filing procedures for approval.

Also, approval for projects over $30 million and under $300 million will be handed from ministerial-level authorities to provincial-level ones. The projects must be in industries covered by China's Catalogue of Industries for Encouraging Foreign Investment.

The changes were announced in a broader guideline released by the NDRC on March 22 on further facilitating and streamlining investment projects.

Researchers and insiders believe the step will further boost China's ability to attract foreign investment as procedures are eased and the role of lower-level governments is increased.

Guo Meixin, a senior researcher at the Academic Center for Chinese Economic Practice and Thinking at Tsinghua University, said the move will not only cut red tape for overseas businesses, but also encourage provincial-level governments to work more closely with the NDRC.

Guo said based on the center's research data most of the foreign-invested projects under $30 million and which qualify under the catalogue of industries are small and medium-sized ones in scientific and technological research, software and manufacturing industries.

The guideline made clear that for projects between $30 million and $300 million, the potential investor will be allowed to directly file the application with provincial-level authorities.

"Provincial-level governments, more often than not, know more specifics of these investment projects than the NDRC," she said. "Giving them such a mandate will help formulate a positive link between local governments and foreign businesses."

The changes are part of the country's broader efforts to let the market play a more decisive role in allocating resources by cutting institutional costs for foreign businesses and building a level-playing field, she added.

Guo said that with some countries, particularly in Asia, gradually resuming production as they recover from the economic impact of the COVID-19 pandemic, China's foreign trade volume may face pressure in the second quarter. This is why the NDRC changes are timely and necessary, she said.

Tu Xinquan, dean of the China Institute for WTO Studies at the University of International Business and Economics in Beijing, believes the steps are part of China's overall efforts to boost investment this year.

"As economic recovery is gradually gathering pace and a certain amount of investment is needed to sustain growth momentum for the wider economy the encouragement of foreign investment is an important step," Tu said.

He added that the changes were in line with China's policy direction of promoting opening-up and luring overseas investment.

The National Bureau of Statistics figures show that from January to February the value of fixed asset investment stood at 4.52 trillion yuan ($688 billion), a 25 percent year-on-year increase and up 3.5 percent from 2019.

"Removing the previous filing requirements will facilitate investment procedures for foreign investors and improve our efficiency. It will be conducive to luring foreign businesses to set up more projects in China at a faster pace," he said.

"What we expect is that provincial-level governments can fully implement the policy adjustment in coordination with the NDRC, so that this incentive will be a clear, stable and consistent one in its implementation," he added.

Bai Ming, deputy director of the Ministry of Commerce's International Market Research Institute, said the changes to approve projects under $30 million was a major step.

"Smaller investment projects need much greater flexibility to meet market demands and are much more responsive to an evolving economic situation," he said. "It's often the case that by the time filing procedures are completed the golden time for investment is gone."

With the country making progress in streamlining administrative procedures and improving the role of government functions, the changes to approval of smaller projects should go smoothly when oversight of compliance is in place, he predicted.

The World Bank's Doing Business report last year indicated that China carried out a record eight business reforms last year and ranked 31st among 190 countries in terms of the ease of doing business.

"Foreign investment will be playing an increasingly visible role in stabilizing China's economy via job creation and stabilizing supply and production chains," he said. "These policy incentives will continue to facilitate foreign investors and help them enjoy accessible government services in China."