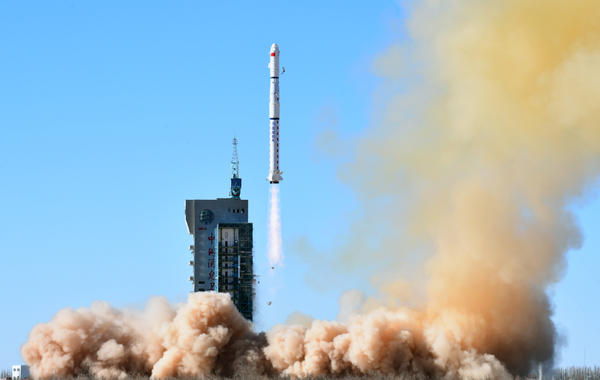 BEIJING -- China will continue to exert great efforts to boost aerospace as a strategic emerging industry in the next five years, a senior aerospace official said.

The China National Space Administration (CNSA) is drawing up a plan for the country's space development during the 14th Five-Year Plan period (2021-2025), said Zhang Kejian, head of the CNSA.

During this period, China will promote priority science and technology projects in the aerospace field. These will include the lunar exploration program's fourth phase, interplanetary exploration such as asteroid reconnaissance, heavy-lift carrier rockets, and reusable space transportation systems, Zhang told Xinhua.

China will also build a space infrastructure system for communications, navigation, and remote sensing that covers the world, making better contributions to humanity's peaceful use of space, he added.

He revealed that a new edition of the white paper on China's space activities would be released this year.