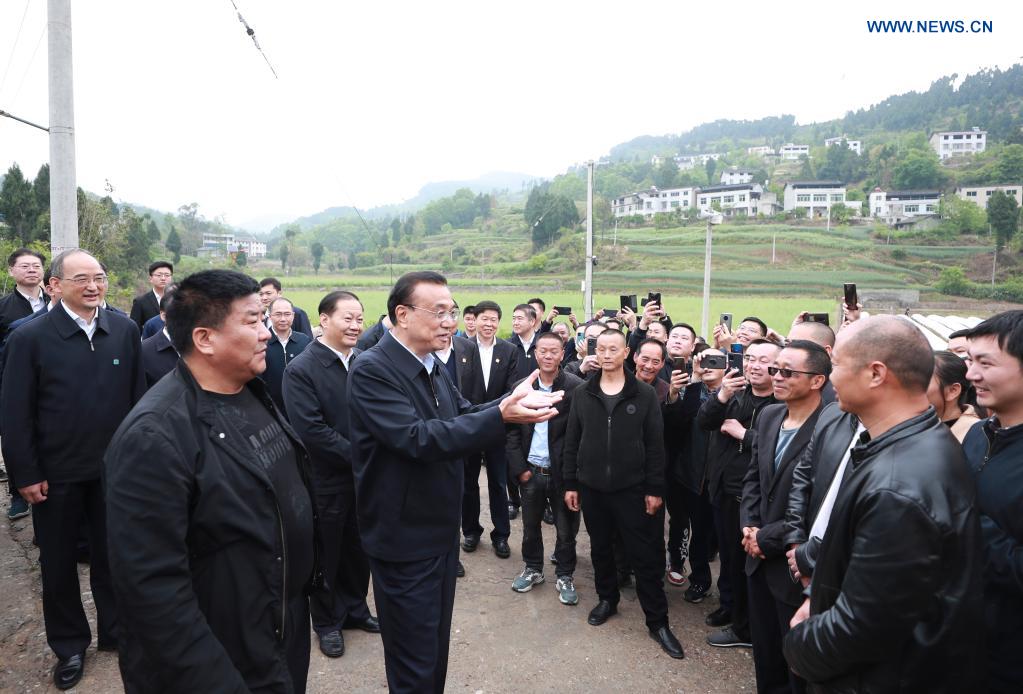 China will implement the direct allocation of fiscal funds on a regular basis, to amplify the role of public money in benefiting businesses and the public, the State Council's executive meeting, chaired by Premier Li Keqiang, decided on Wednesday.

"Past practices have shown that the direct-benefit mechanism is a major creative step in exercising macro regulation," Li said. "Last year, the central government directly channeled 1.7 trillion yuan ($262 billion) of much-needed fiscal funds to prefecture-and county-level governments to support their tax and fee cuts. This has served as an important underpinning for keeping the economic fundamentals stable and won extensive support from market players and the people."

According to the Government Work Report delivered by Li at the fourth session of the 13th National People's Congress on March 5, the direct allocation mechanism will become a regular practice this year. The total amount of funds under the mechanism will reach 2.8 trillion yuan. To date, the central government has directly transferred 2.6 trillion yuan to local governments, of which more than 2.2 trillion yuan has been allocated to the fund users.

"Different from the funds last year, which all came from additional budgetary funds, this year's directly funneled funds are mainly from existing budgetary funds. The allocation of funds and interests involved will be adjusted through reform," Li said.

With a focus on reinforcing the economic recovery, the funds will serve as an important measure to offset the impact of phasing out some provisional support policies, and will continue to be mainly used to support employment, people's basic needs and market entities.

"Though the economic recovery is firming, circumstances facing market entities are still uneven. And primary-level governments are still in need of support. Hence, more directly funneled funds will be channeled to the prefecture and county level," Li said.

On top of the funds allocated by the central government, other levels of governments will be encouraged to place more local budgetary funds under the direct allocation mechanism in light of local conditions. Provincial-level governments should continue to act as involved intermediaries in the distribution of these funds, rather than detached onlookers.

Stringent oversight will be enforced over the directly funneled funds. Any irregularity, such as fraudulent claims, withholding funds or diverting funds for non-designated purposes, will be seriously dealt with.

"The directly funneled funds must be put under strict oversight, to maximize the effects of the precious funds. More fiscal resources will be pooled to support public well-being, including compulsory education, basic medical care and basic housing needs, as well as farmland irrigation and water conservancy projects. These efforts will deliver concrete benefits to the people," Li said.