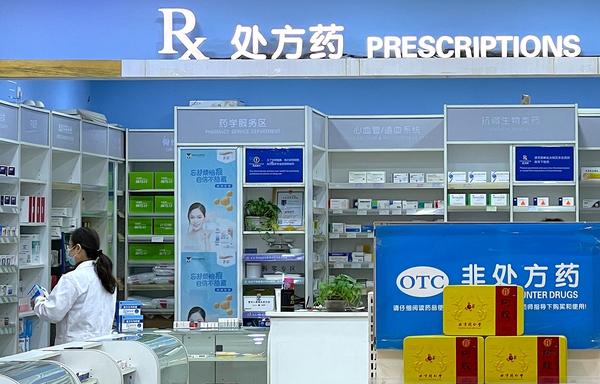 A saleswoman stacks prescription drugs at a pharmacy in Beijing. CHINA DAILY

China's decision to greenlight the online sales of prescription drugs will give patients more options and make it easier for the public to access healthcare services, experts said.

The decision was announced in a policy document released by the General Office of the State Council on April 15 as part of a host of new measures to boost the supply in aged care and healthcare services. Prescription drugs refer to medicines that patients can purchase only with a medical practitioner's authorization, a policy that previously limited sales to hospitals and pharmacies.

The document said the online sales of prescription drugs, except for those placed under special management, will be allowed under the condition of ensuring the authenticity and reliability of electronic prescriptions.

Administrative approvals will be canceled during the launch of new clinics and practitioners will only need to file their application for record, it said.

Earlier this month, the Hainan Free Trade Port became the first area to give the nod to the online sales of prescription drugs under a guideline jointly issued by the National Development and Reform Commission and the Ministry of Commerce.

The National Medical Products Administration unveiled a draft policy to solicit public opinion in November, which highlighted the need for online pharmacies to ensure the authenticity of electronic prescriptions before the drug sales proceeded.

Online platforms that do not have qualifications for drug sales are forbidden to sell drugs to individuals, the draft said.

Shi Lichen, founder of the Beijing Dingchen Consultancy, which specializes in research on the pharmaceutical sector, said the decision is monumental in that it has confirmed the legitimacy of electronic prescriptions, a precursor to the large-scale sales of prescription drugs online.

"The release of the official document will give consumers many more choices rather than being limited to pharmacies, clinics or hospitals. We expect a spike in the sales of prescription drugs online under the latest policy," he said.

He highlighted the need for authorities to bolster compliance oversight to prevent unlicensed operations, exaggerated advertisements, sales of counterfeit products and use of fake electronic prescriptions.

In the meantime, he said the decision could usher in tremendous changes in the pharmaceutical sector that could alter the management, operations and sales structure of the sector, which registered total sales of 2.35 trillion yuan ($362 billion) last year.

Wang Hang, founder and CEO of Haodf, one of China's largest online healthcare companies, said the central government's decision will make it easier for the public to access healthcare services.

"It is a realistic demand for patients to obtain medicine in a more convenient manner. But the sector must explore how to deliver the expectation of patients in a safe and standardized manner," he said, adding that it is important for the industry and regulators to further standardize practices.