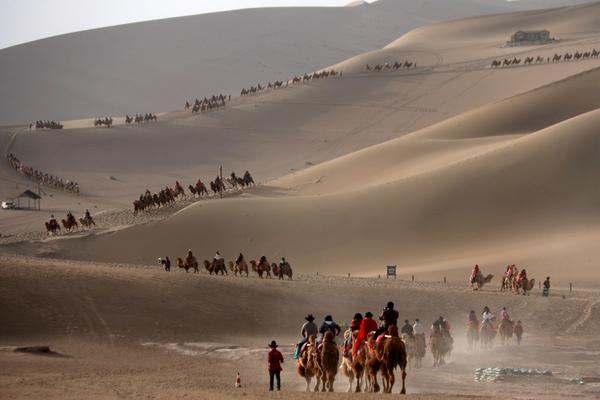 Starting from Saturday, the three-day break is expected to generate 100 million trips, roughly equal to the same period in 2019, industry insiders and travel agencies said.

Trip.com, an online travel service provider, said its platform has seen a surge in tour package reservations. It said that by June 2, the reservation volume on its platform was up 135 percent year-on-year.

Fang Zexi, an analyst at the group's research center, said that although sporadic cases of COVID-19 have been detected in some areas, domestic tourism's growth momentum remains high, with Chinese people's passion for travel undimmed thanks to efficient epidemic control measures.

People's destination preferences and modes of travel have changed, however, due to their desire to protect themselves from infection.

Lvmama, another online travel agency, said that short-distance tours have proved popular for the holiday, with reservations for hotels and resorts near big cities such as Shanghai and Hangzhou, Zhejiang province, already in short supply on its platform.

"The prices of these hotels, homestays and resorts have increased by 50 percent so far from those in the off-peak season, but sales are still good," it said,

Attractions such as museums and ancient villages highlighting folk cultures are also proving popular, as the Dragon Boat Festival features a tradition of blessings and warding off evil spirits.

Trip.com said bookings for tailored tours of ancient villages are up 30 percent compared with those for the same holiday in 2019.

The preference for short-distance tours has resulted in air fares being lower than their peak during the longer May Day holiday.

The latest figures from Qunar, an online travel agency, show that the average price of booked air tickets on its platform is 712 yuan ($112) a trip, about the same as for the Tomb-sweeping Day holiday in early April.

"The holiday this year falls at a time when most students are in their exam week, making parents and children less keen on long-distance tours," said Lan Xiang, director of Qunar's data research department. "The price of air tickets will see a rise when these children begin their summer vacations."