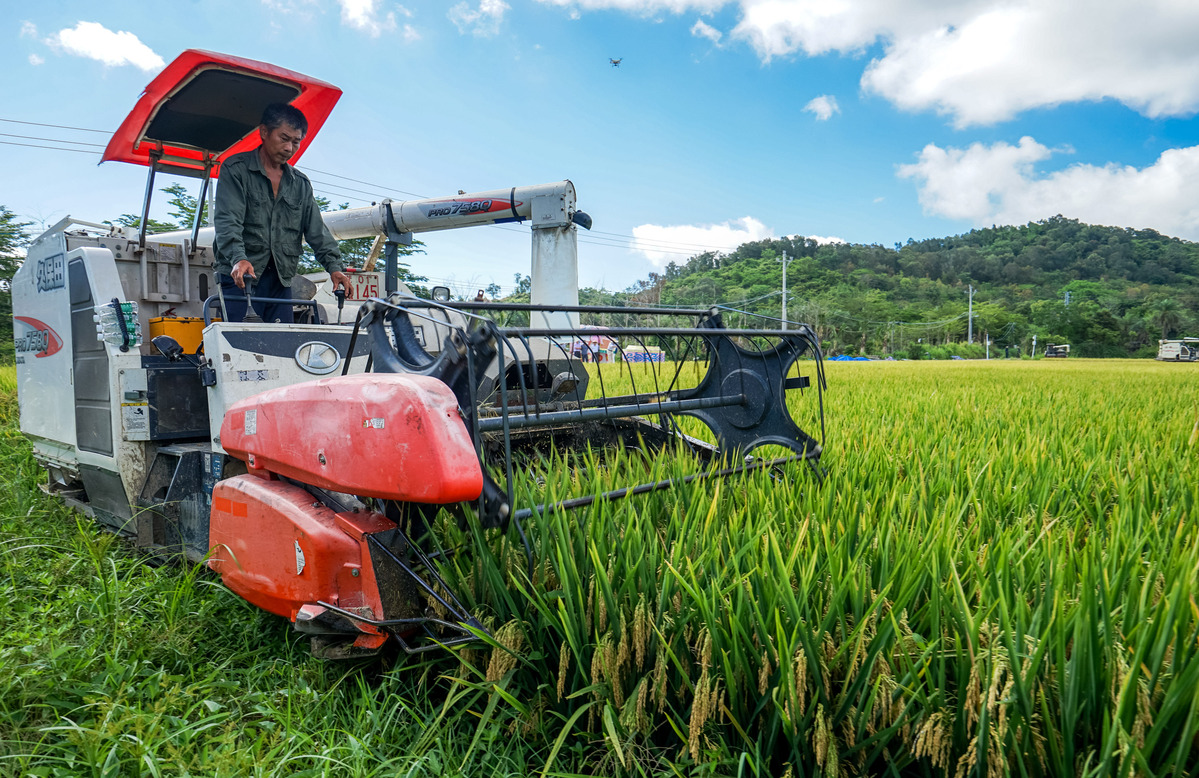 BEIJING -- A handful of wheat and a bowl of rice mean much to President Xi Jinping, also general secretary of the Communist Party of China Central Committee and chairman of the Central Military Commission.

Some five decades ago, when he worked in Liangjiahe village in Northwest China's Shaanxi province as a farmer, Xi saw how villagers struggled to fill their stomachs.

Local villagers wished for enough chaff to eat so that they no longer had to go hungry, and their dream of having meat on the table once in a while seemed almost impossible to realize, Xi said.

"At that time, I did all kinds of work – reclaiming wasteland, farming, hoeing, herding, hauling coal, mounding and carrying manure," Xi recalled. In order to enlarge the farmland, he led the villagers in standing barefoot in ice during the winter to clean the dyke foundations.

The experience gave Xi an inspiration that has endured throughout his life. He has always kept the people's "rice bowl" in mind.

In the early 1980s, Zhengding county in Hebei province was known as a poor county with a high grain yield. At that time, the country purchased more than 35 million kg of grain annually from the county. After meeting the nation's annual purchase quota, farmers did not have enough food for themselves and had to buy grain from elsewhere at higher prices.

After he took office in the county, Xi wrote a letter to the country's top leadership, reporting on the situation. The purchase quota was later lowered by 14 million kg, which largely reduced the burden on farmers.

"We would rather not have the crown of 'national high-yield county' and let the people live a good life," Xi said.

In 2018, Xi inspected Jiansanjiang, an important grain-production base in Heilongjiang province. In the rice field, Xi talked with farmers about grain production and asked about their livelihoods.

"It is necessary to speed up the development of green agriculture and work to avoid the loss and degradation of black soil," Xi said. "China should always have control over its own food supply."

In 2020, the COVID-19 epidemic brought great challenges to the global food market.

"The more risks and challenges we face, the more we need to stabilize agriculture and ensure the safety of grain and major non-staple foods," Xi said.

Through hard work, China has secured a bumper harvest for 17 years in a row, with its annual grain output exceeding 650 million tonnes for six consecutive years.

Grain production, with farmland as the fundamental element, is supported by water conservancy systems, facilitated by science and technology, and driven forward by policies. Issues relating to these key points must be addressed earnestly and properly to attain breakthroughs in grain production, Xi has said.

Stopping food waste, which Xi has emphasized on many occasions, is also part of the effort to ensure food security. He has called for promoting the social custom of practicing thrift and opposing waste.

For decades, Xi has attached great importance to the implementation of the food-security strategy.

Efforts will be made to ensure absolute security of grain and the supply of important sideline agricultural products, and to promote legislation concerning food security, according to a blueprint for the country's social and economic development over the next five to 15 years.