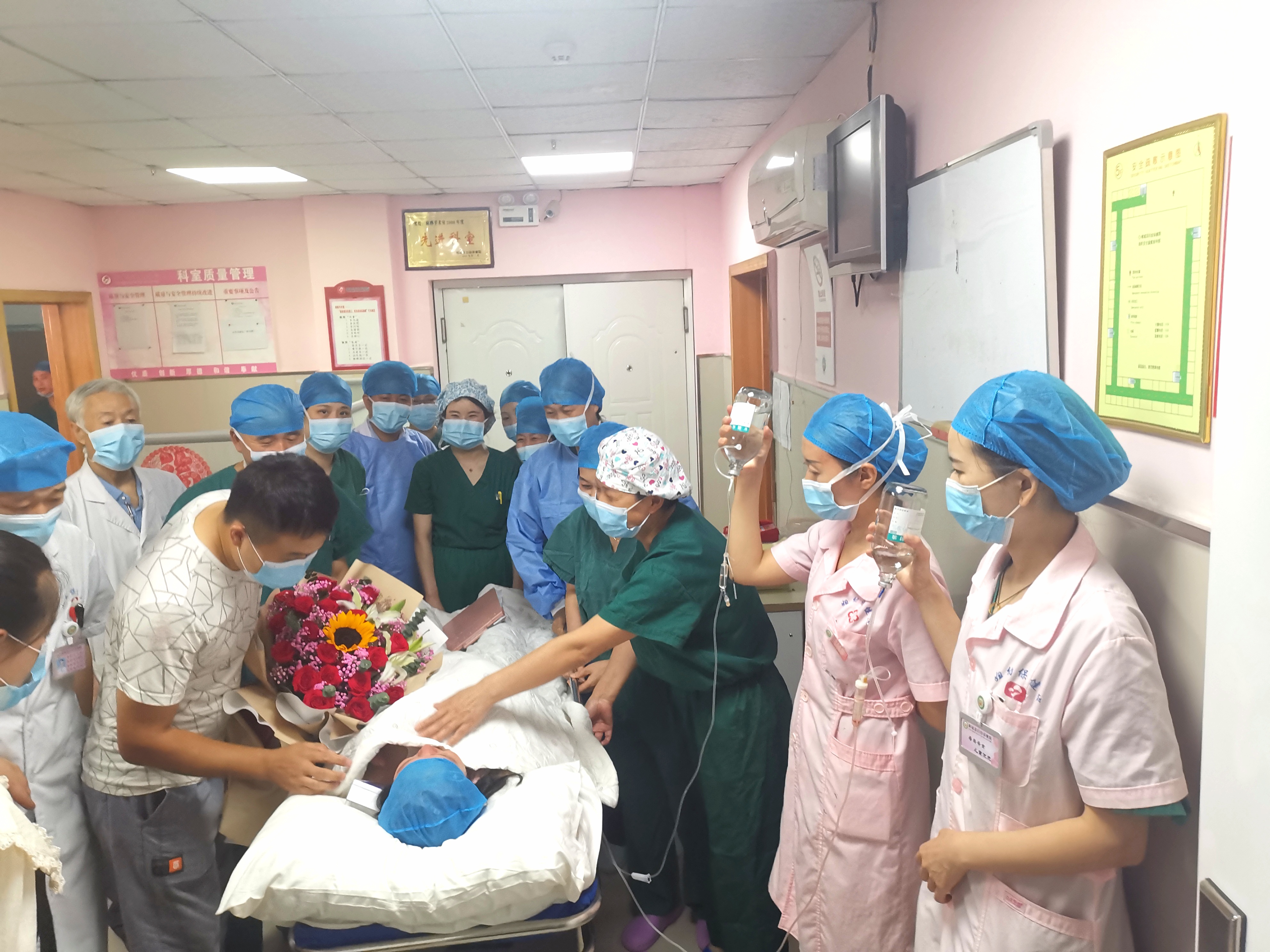 Medical staff members congratulate the mother, Yang Qiuyu, on the successful delivery of the first quadruplet in Dancheng, Henan province. [Provided to chinadaily.com.cn]

At 9 in the morning on June 29, quadruplets were born in Dancheng county in Zhoukou, Henan province, all males. Their father named them Fan, Rong, Chang and Sheng, meaning prosperous.

They are the first quadruplets born in Dancheng county. Both the mother and the babies are in good health after the delivery by cesarean section.

The smallest of the infants weighed 1.7 kilograms; the largest weighed 1.9 kg. There was a 3-minute gap between them.

"I already have two daughters, and for the third I was expecting a boy. To my surprise, there are four boys," the father, Wang Yuxi said.

"Actually, the family thought about an abortion because they are not wealthy. Plus, cesarean delivery can be dangerous for the mother," said Kang Guoliang, director of the hospital. Since the prenatal indicators were normal, the parents decided to keep the babies.

Because they were delivered earlier than full term, all four babies required a breathing machine for several days. One remains under close watch for his digestive system.

In light of the financial situation of the family, the hospital said it would donate 10,000 yuan ($1,500) annually to the family until the boys are 18 years old.

"I appreciate the efforts of all the medical staff from the hospital," Wang, the father, said.

The first all-male quadruplets in China were born in 2003 in Hunan province.