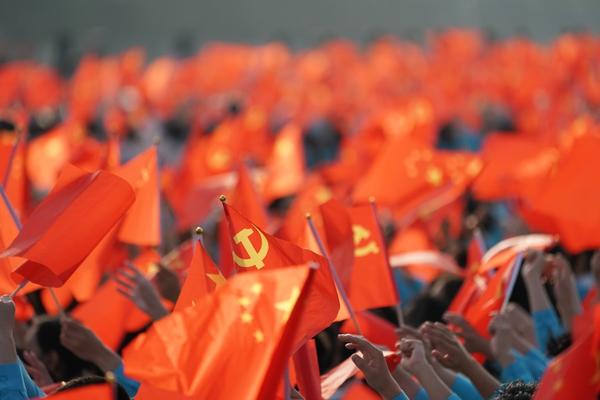 A ceremony marking the centenary of the Communist Party of China (CPC) is held at Tian'anmen Square in Beijing, July 1, 2021. [Photo/Xinhua]

BEIJING - Political parties, political leaders and friendly individuals in many countries have extended warm congratulations on the 100th anniversary of the founding of the Communist Party of China (CPC).

In these congratulatory messages, the CPC's remarkable achievements, the right path of development, the principle of putting people first, the example it has set for other countries, and its significant contributions to the world were the top topics and key notions that have been mentioned and appreciated most.

With just over 50 members at the time of its founding, the CPC today is the world's largest governing party with more than 95 million members, leading a country of more than 1.4 billion people.