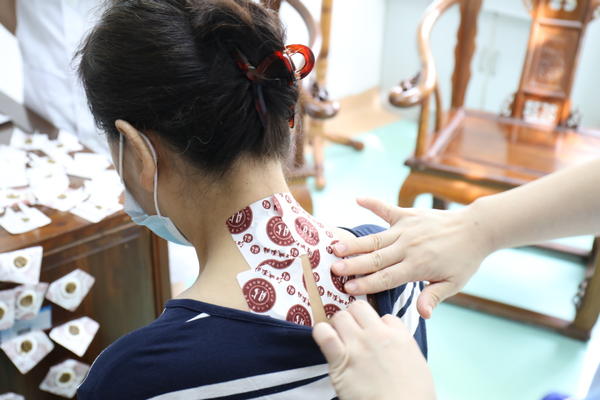 Wuhan No 1 Hospital in Wuhan, Hubei province, has carried out sanfutie treatment for 20 years. [Photo provided to chinadaily.com.cn]

More residents embrace traditional Chinese medicine when confronted with the heat and moisture of the ongoing sanfu time, the hottest and dampest period of the year in the sequence of Chinese solar terms.

It was the first day of sanfu — the start of a period also known as the dog days of summer. In TCM, three 10-day periods are considered the best time for treating illnesses. It's been this way in China for a millennium.

Three international students from Hubei University of Chinese medicine also tried the treatment. As students of Western medicine, they know little about TCM and were curious about the therapy.

Luo Qinqin of the hospital's department of TCM introduced treatment concepts, such as herbal application, auricular-plaster therapy and moxibustion.

"People suffering from respiratory diseases, digestive diseases, osteoarthropathy or just subpar health, are generally candidates for sanfutie. But it is not fit for all," said Luo.

The hospital has carried out sanfutie treatment for 20 years. Users on the first day ranged in age from less than 2 to more than 80.