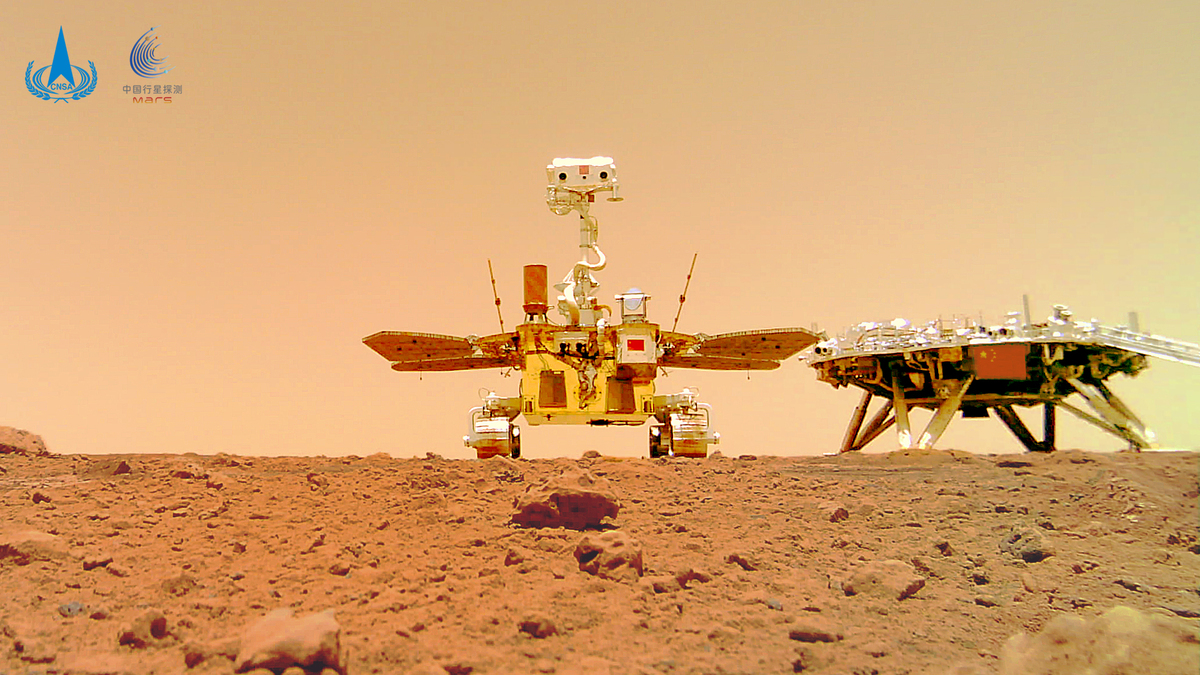 China's Zhurong Mars rover finished exploring a sand dune on the red planet on the first anniversary of the launch of the country's first interplanetary expedition, the China National Space Administration said on Friday.

The robot headed toward the dune earlier this week and began to take photographs, then activated onboard scientific equipment to survey the dune and its surroundings, the administration said in a statement.

As of Friday morning, Zhurong, which is named after the ancient Chinese god of fire, had spent 68 days on Mars and traveled 585 meters in its survey of the desolate planet.

The 1.85-meter-high, 240-kilogram rover was the core component of the Tianwen 1 mission and is the sixth rover to land on Mars, after five sent by the United States.

As it moves across the Martian surface, navigation and topography cameras record landforms along the route, while ground-penetrating radar and meteorological instruments survey the surrounding environment. Each time the rover stops, its Mars surface magnetic field detector kicks into action.

When it approaches high-interest objects like rocks or dunes, its surface compound detector and multi-spectrum camera conduct measurements and take surveys.

Zhurong is tasked with surveying landforms, geological structures and soil characteristics, and with finding potential locations of water and ice, recording atmospheric and environmental characteristics, magnetic and gravitational fields and other physical properties of the planet.

Meanwhile, the Tianwen 1 mission orbiter continues to orbit around the red planet conducting tests of its own.

Tianwen, which is named after a classical Chinese poem, was launched by a Long March 5 heavy-lift carrier rocket on July 23, 2020, from the Wenchang Space Launch Center in South China's Hainan province.

Pang Zhihao, a spaceflight researcher in Beijing and former analyst at the China Academy of Space Technology, said on Friday that the Tianwen 1 mission, and especially Zhurong, has made many scientific and technological gains and has become a milestone in the nation's space industry.

"Scientists expect to make the best use of its findings to advance knowledge and research of Mars and are hoping that Zhurong will discover intriguing geographical features on the planet, such as mud volcanoes and troughs," he said.