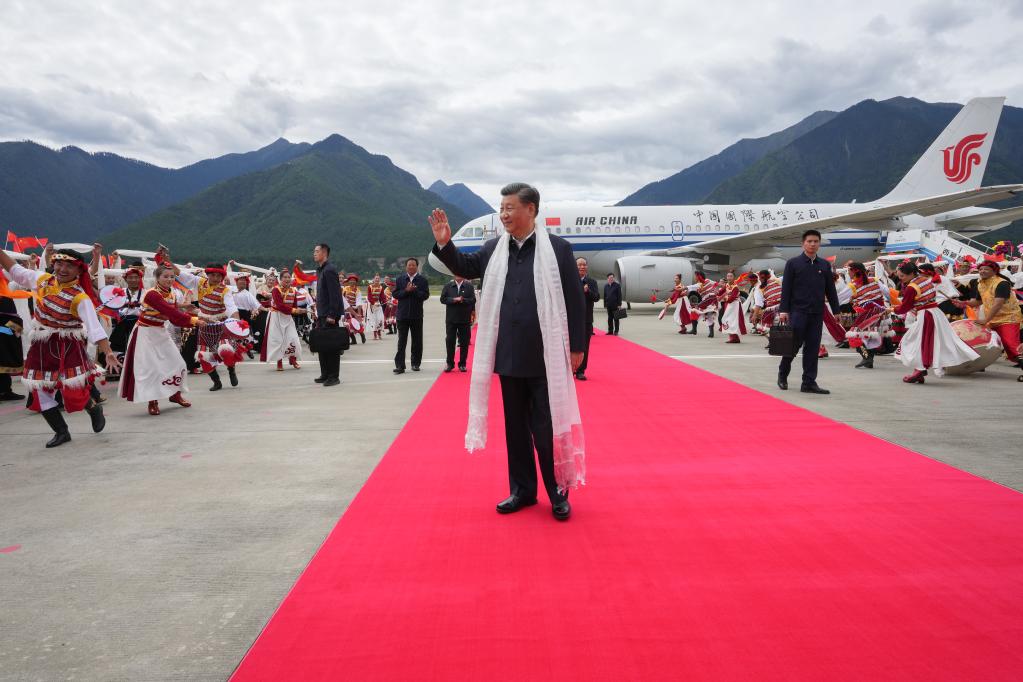 LHASA - Chinese leader Xi Jinping has stressed fully implementing the guidelines of the Communist Party of China (CPC) for governing Tibet in a new era and writing a new chapter of lasting stability and high-quality development for the plateau region.

Xi, general secretary of the CPC Central Committee, Chinese president and chairman of the Central Military Commission, visited the Tibet autonomous region from Wednesday to Friday for the 70th anniversary of Tibet's peaceful liberation, the first time in the history of the Party and the country.

Xi extended congratulations to the 70th anniversary of Tibet's peaceful liberation, visited officials and ordinary people of various ethnic groups and conveyed the CPC Central Committee's care to them.

Xi said over the past 70 years Tibet has made historic strides in the social system and realized full economic and social development, with people's living standards significantly improved.

"It has been proven that without the CPC, there would have been neither new China nor new Tibet," Xi said. "The CPC Central Committee's guidelines and policies concerning Tibet work are completely correct."