Across the Nation, Chinese Rush to Feed Henan 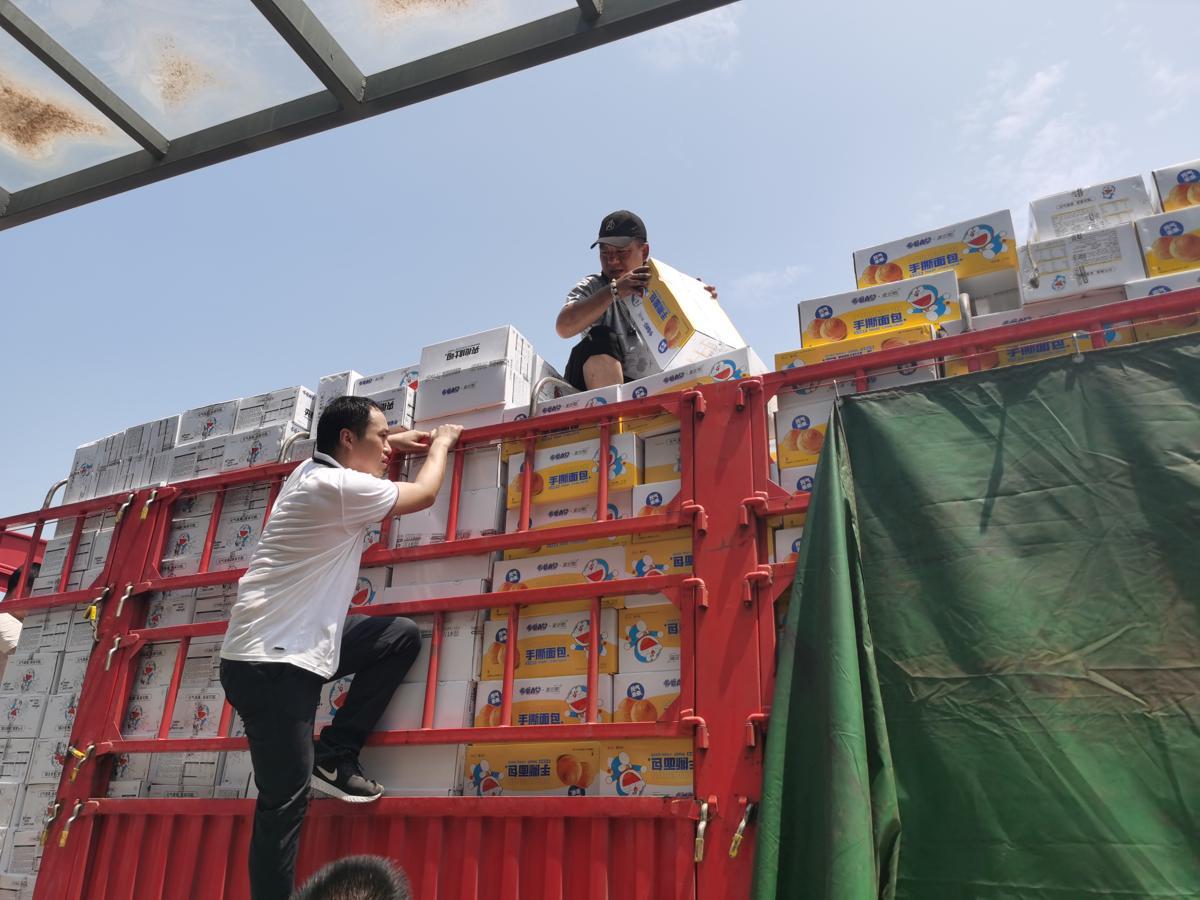 People unload bread donated by Panxiangji Industry and Trade Co in flood-stricken Weihui, a county-level city in Henan. The bread came all the way from Yunnan. [Shi Baoyin/chinadaily.com.cn]

People from across China driving all manner of daily necessities, including fresh vegetables, to Henan province to ease people's lives in the flood-affected province.

The Ningxia Hui autonomous region has donated more than 200 tons of material to Henan, include vegetables, bottled water, quilts and instant noodles, according to the regional government.

Minning town in the region donated 60 tons of fresh vegetables, which arrived in Xinxiang, Henan, on Monday night.

From Southwest China's Yunnan province, drivers spent three days driving a truckload of bread to Weihui, a county-level city in Henan by Tuesday.

"We worked overtime to produce the bread, hoping to give people troubled by the floods access to safe food," said Deng Lijun of Panxiangji Industry and Trade Co.

A truck loaded with 5,000 boxes of Xinjiang nut cakes and biscuits departed from Central China's Hunan province and arrived in Henan on Sunday.

"After learning that Henan was hit by floods, I wanted to do something for the people there — even if it was just a little bit of help," said Adili Maimaititure, 31, an ethnic Uygur from Shache county in the Xinjiang Uygur autonomous region who runs a food making enterprise in Yongzhou, Hunan.

Together with coworkers, he made the nut cakes in just 24 hours.