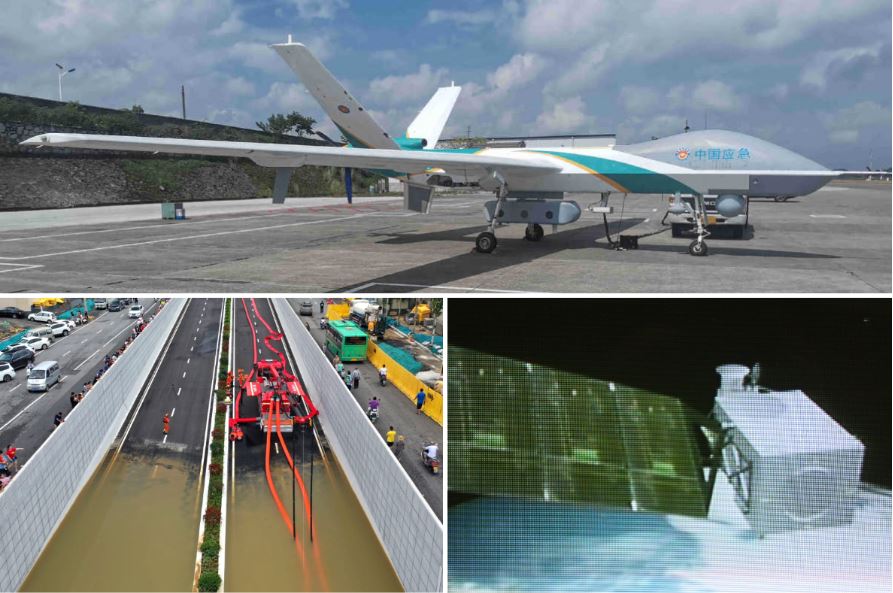 A large number of advanced technologies have been used in China's all-out efforts to ramp up flood control and disaster relief in Central China's Henan province. Here are some of the highlights. 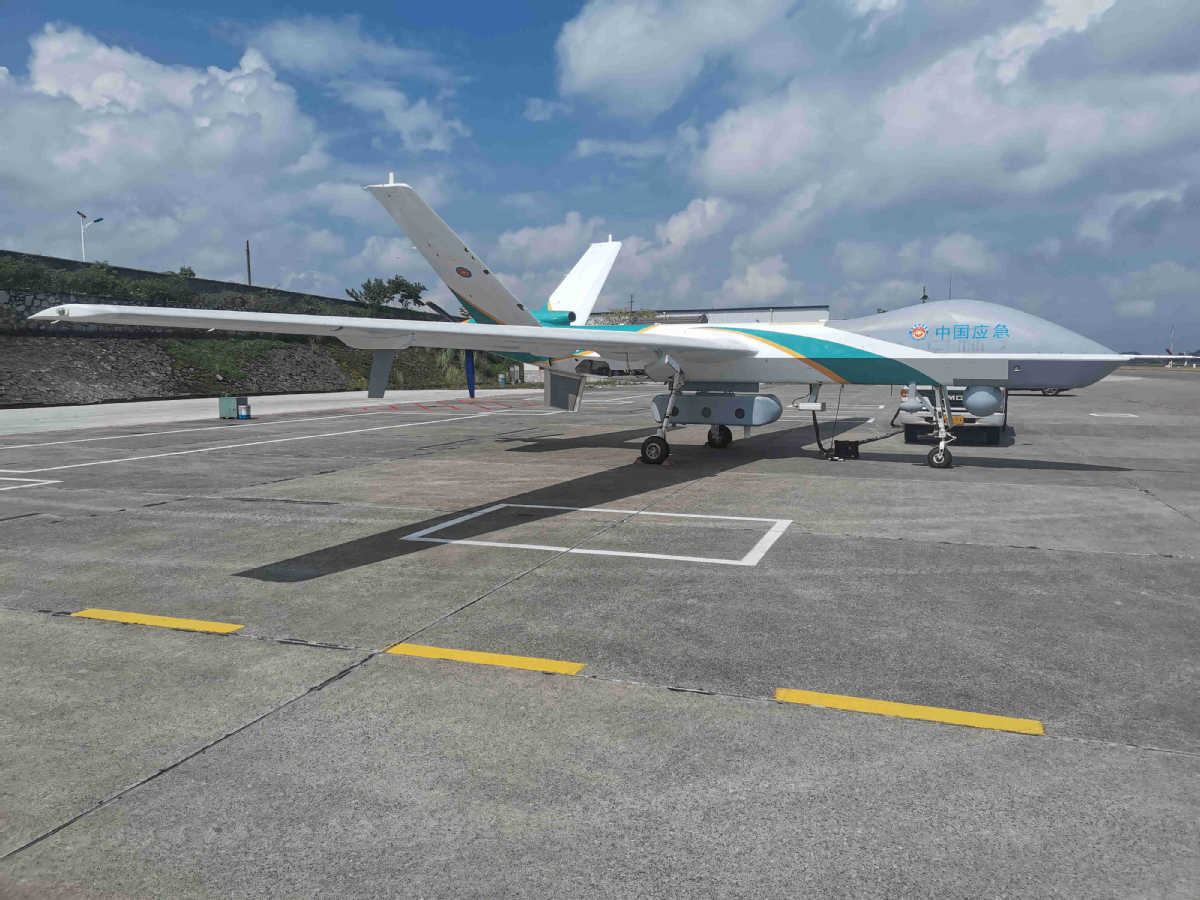 A Wing Loong 2H disaster-assistance drone took off on the afternoon of July 21 from the Anshun airport and flew nearly 1,200 kilometers before arriving over Henan's Mihe township. The aircraft then began to fly around the flood-stricken township to provide communication links to people using the China Mobile network. 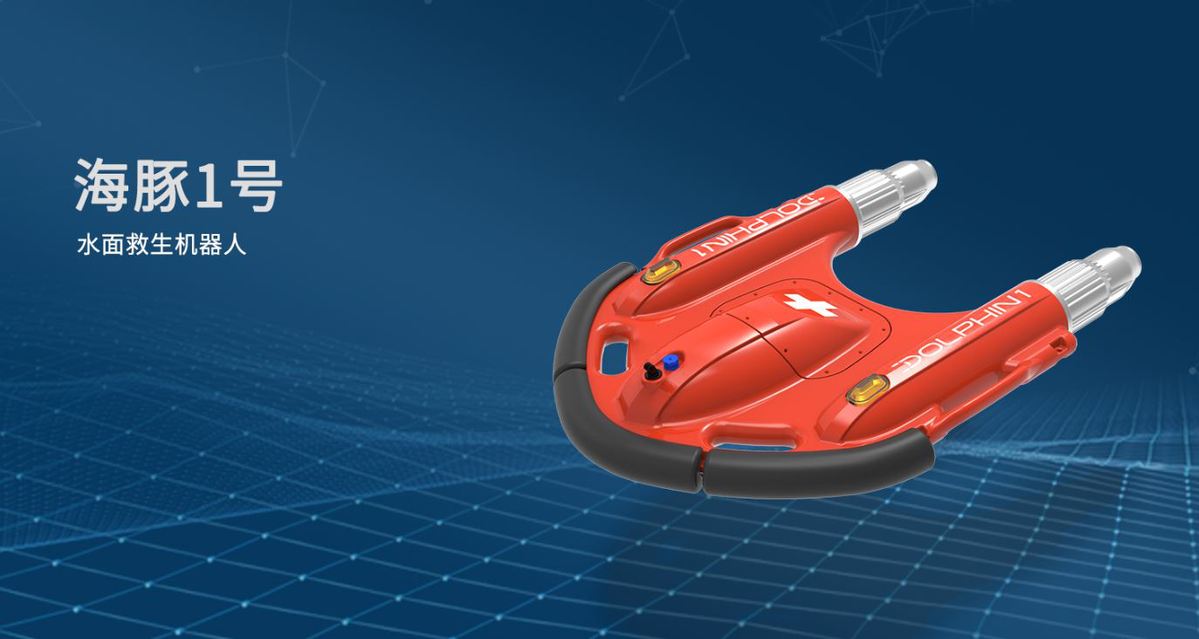 The Dolphin 1 robot is an intelligent rescue lifeboat that can be remotely controlled. The robot is portable and easy to carry, and it can carry loads of up to 150 kilograms while also dragging three people to safety. 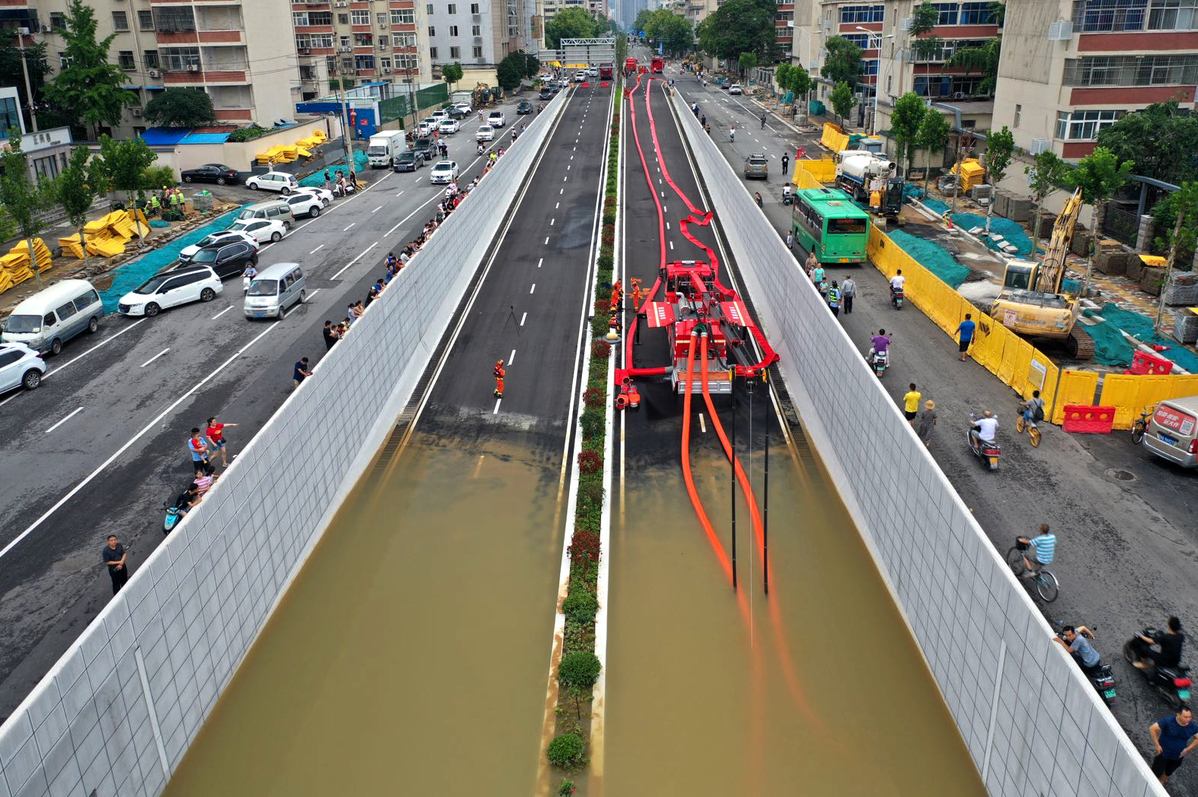 In this aerial photo, firefighters pump rainwater out of a road in Zhengzhou, capital of Central China's Henan province, July 21, 2021. [Photo/Xinhua]

Pumping vehicles with equipment specialized for discharging water were used in Henan to pump and drain water and restore traffic. A rescue team of 1,800 firefighters has been deployed to the flood-hit region from seven neighboring provinces, together with boats, pumping vehicles, and flood rescue kits, according to a Xinhua report. 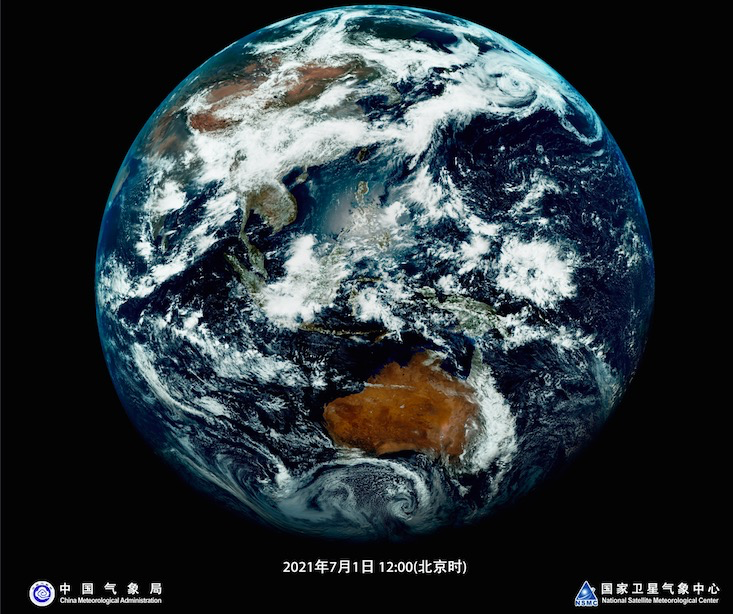 The first color image taken by the Fengyun 4B satellite on July 1, 2021. [Photo provided to chinadaily.com.cn]