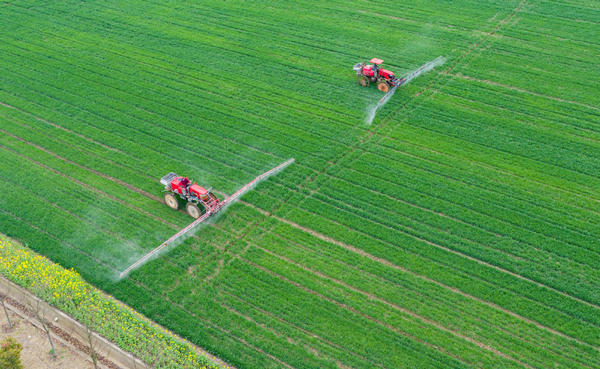 BEIJING - The Chinese Academy of Agricultural Sciences has released a plan for promoting key subjects during the 14th Five-Year Plan period (2021-2025), aiming to enhance the country's agricultural sci-tech innovation.

By 2020, the rate of agricultural technological development's contribution to economic growth rate in China has reached over 60 percent, and the coverage rate of improved varieties of crops has reached over 96 percent, said CAAS president Tang Huajun.

The proportion of improved varieties and localized livestock and poultry and aquatic products are on the rise year by year, Tang said.

Science and technology has become one of the most important drivers of the country's agricultural economic growth, Tang added.

In the future, the CAAS will focus on developing basic scientific research issues, including biological nitrogen fixation, apomictic reproduction, pathogenesis and transmission mechanisms of animal diseases, as well as cutting-edge technologies such as gene editing, synthetic biology, pest monitoring and early warning.