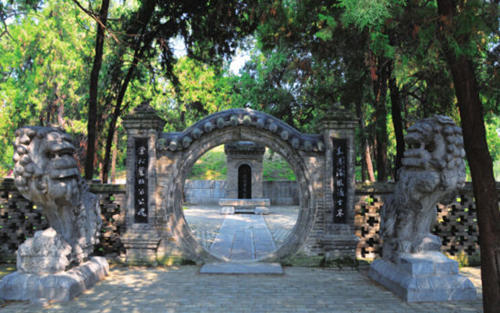 Lying in Nanyang's Shiqiao town, the Grave of Zhang Heng is the resting place of the Eastern Han Dynasty (AD 25-220) polymath who achieved wide success as an astronomer, mathematician, inventor, geographer, statesman, and literary scholar.

With an extensive knowledge in mechanics, Zhang is reputed for inventing the world's first water-powered armillary sphere to assist with astronomical observation, and seismoscope to discern the cardinal direction of an earthquake 500 kilometers away.

In recognition of Zhang's contributions, several things have been named after him in modern times, including a lunar crater and the asteroid 1802.

The Grave of Zhang Heng was designated as a cultural relic site under state key protection by the State Council in 1988 and a base for patriotic education by the Publicity Department of Henan Province in 2001.