The National Museum of Chinese Writing 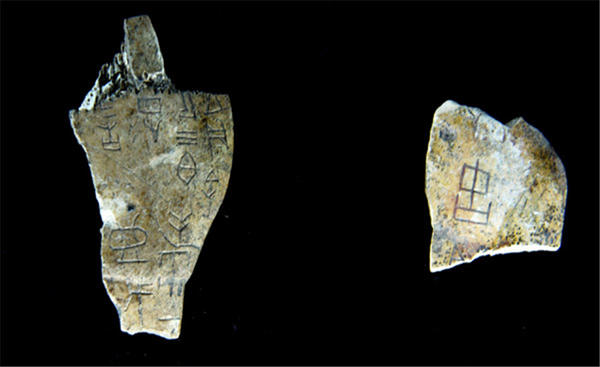 An oracle bone on display at the National Museum of Chinese Writing in Anyang, Henan province. [Photo by Zuo Dongchen/For China Daily]

The National Museum of Chinese Writing near the Yin Ruins of Anyang in Central China's Henan province has prepared an online exhibition A history of Chinese writing characters to illustrate the evolution of China's millennia-old writing characters. Yin was the last capital of the Shang Dynasty (c.16th century-11th century BC) and the official excavation of the Yin Ruins in today's Anyang began as early as in 1928.

The Chinese language is one of the oldest writing systems in the world, still actively in use in China and other parts of East Asia. It consists of tens of thousands of individual characters, each with a unique meaning. Oracle-bone scripts, aka jiaguwen in Chinese, are considered to be the earliest form of Chinese characters. Oracle-bone inscriptions were included on the list of UNESCO Memory of the World International Register on Oct 31, 2017.