Industry Grinds Back into Action 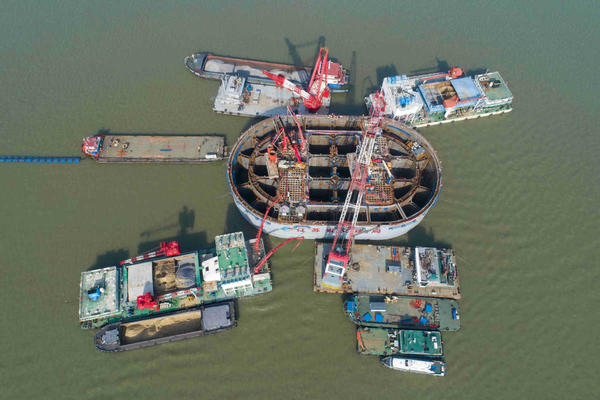 An aerial view of the construction site of the Changzhou-Taixing Bridge's No 5 pier in Taizhou, Jiangsu province, on Feb 22. Construction of the bridge across the Yangtze River resumed on the same day. TANG DEHONG/FOR CHINA DAILY 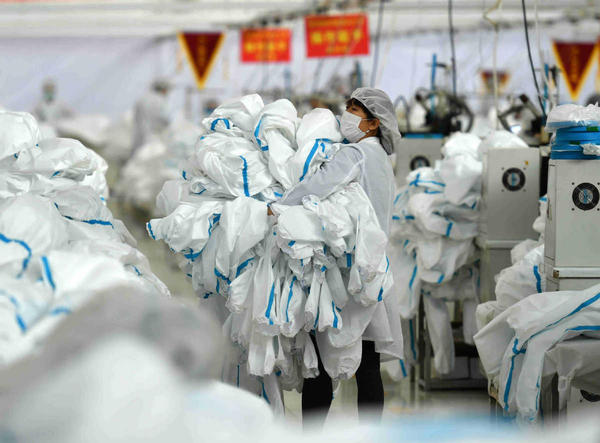 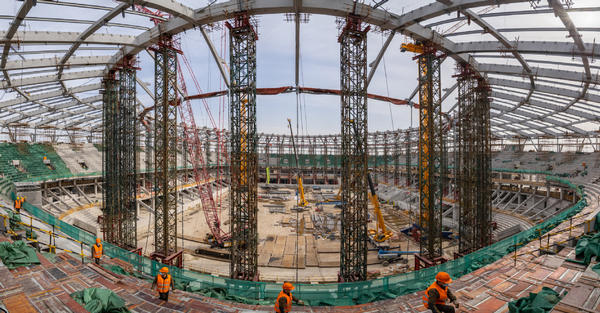 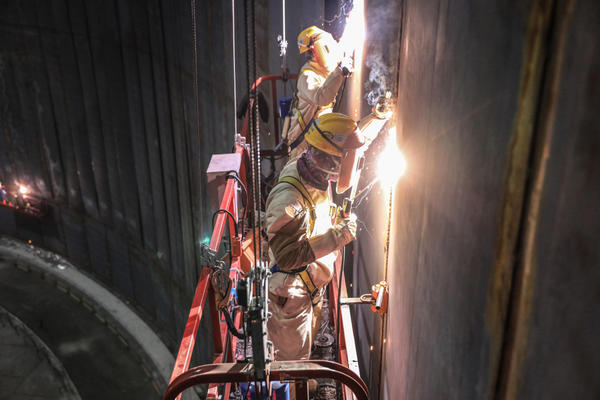 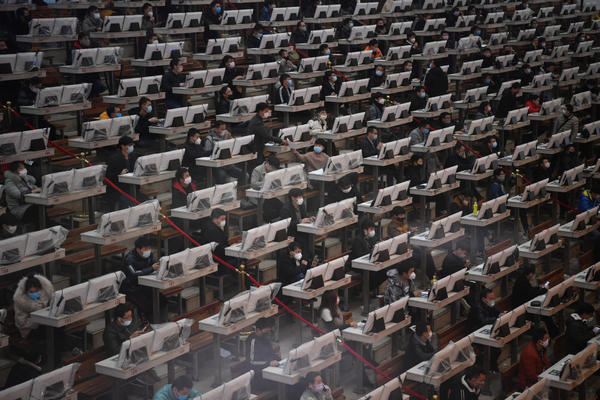 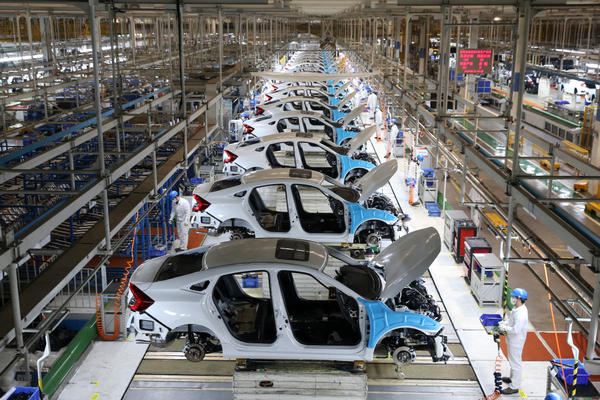 Workers on an assembly line of an auto maker in the Wuhan Economic and Technology Development Zone on March 23. MEI TAO/FOR CHINA DAILY 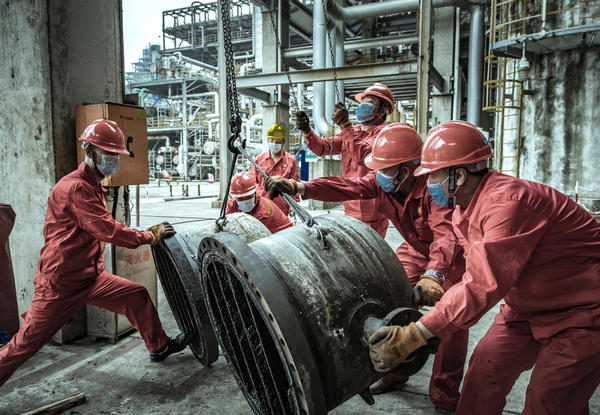