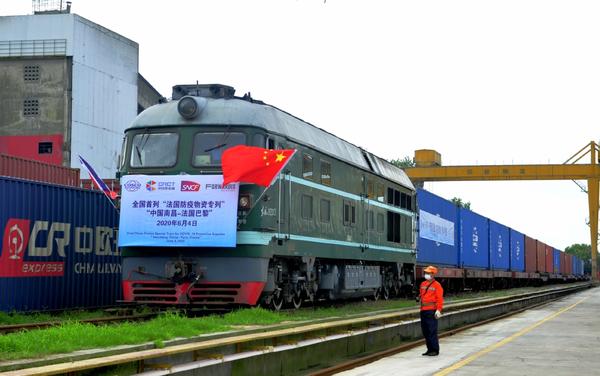 President Xi Jinping called for stronger coordination and synergies in macro policies between China and France to promote economic recovery after the COVID-19 pandemic as well as expansion of collaboration in emerging sectors while tapping the potential of cooperation in traditional areas.

Xi made the remark in a phone conversation with French President Emmanuel Macron on Friday night. He also spoke by phone with his Costa Rican counterpart, Carlos Alvarado Quesada.

In talks with Macron, Xi underlined the importance for both nations of planning exchanges at various levels and conducting dialogues in a steady, orderly and flexible manner after the pandemic.

Xi said the Chinese market remains open to France, and it is his hope that France will take advantage of the "fast lane" opened for business exchanges to China to facilitate the reopening of French businesses in China. He also expressed hope that France would create a fair and unbiased business environment for Chinese businesses.

With the pandemic still raging globally, Xi highlighted the need for solidarity and cooperation, saying that the two countries must continue to jointly support the international community in uniting to fight the pandemic.

Institutions from both countries must move forward with joint research programs, and the two nations must support international cooperation in the research and development of vaccines and pharmaceuticals, he said.

He called upon the two nations to bolster support for the World Health Organization and promote more joint cooperation between China, France and African nations to support the coronavirus response in the world's less developed regions, including Africa.

China is willing to step up strategic coordination with the European Union to further the major political agendas between them and jointly cope with global challenges such as public health, climate change and the protection of biodiversity, he added.

Macron said France is willing to work with China to implement the consensuses of the World Health Assembly, support the WHO playing an important role and step up cooperation with the organization.

Relevant departments between the two countries should maintain dialogue and exchanges, deepen mutual understanding and move forward with key cooperation programs, with the top priority now being accelerating the reopening of business, he said.

In the call with Alvarado, Xi said China regarded Costa Rica as an important partner to carry out cooperation in fighting the COVID-19 pandemic in Latin America.

China will continue to provide firm support and assistance within its capacity according to Costa Rica's needs, Xi said, vowing China's resolve to uphold the legitimate rights and interests of medium and small-size developing countries.

He also called on the two nations to respect each other's core interests and major concerns, plan together for bilateral cooperation after the pandemic and deepen practical cooperation in various areas under the framework of jointly building the Belt and Road.

As Monday marked the 13th anniversary of the establishment of diplomatic relations between China and Costa Rica, Alvarado said his country will adhere to the one-China principle and is willing to strengthen communication and cooperation with China in such areas as public health, infrastructure and culture.