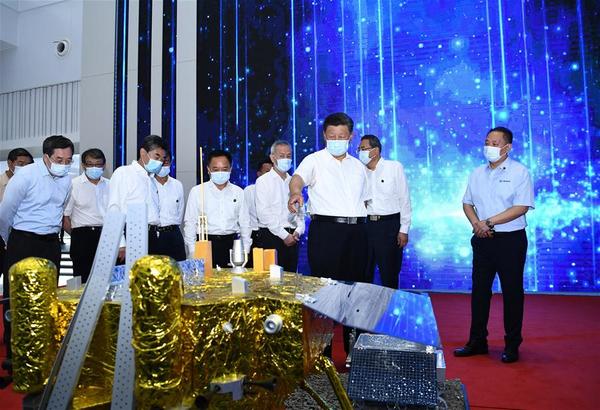 BEIJING -- President Xi Jinping has stressed deepening integration in key areas and promoting the integrated development of the Yangtze River Delta during an inspection tour in East China's Anhui province from Tuesday to Friday.

Over the years, Xi, also general secretary of the Communist Party of China Central Committee and chairman of the Central Military Commission, has stressed regional development on many occasions.

The following are some highlights of his quotes:

-- In contrast to most other countries, China has a vast territory and a large population, and its natural resources vary greatly from region to region. Coordinating development across different regions has always been a great challenge for us.

-- Generally speaking, our economic configuration is undergoing profound change, and leading cities and city clusters are becoming the main repositories of development resources. We must adapt to this new situation and develop new ideas for coordinated development across regions.

-- It is necessary to have a number of new growth drivers for quality development, such as the Beijing-Tianjin-Hebei Region, the Yangtze River Delta and the Pearl River Delta in particular, and some important city clusters.

-- We should give full play to the comparative strengths of different regions.

-- We must break regional barriers and vested interests through reform and innovation, so as to comprehensively improve the efficiency of resource allocation.