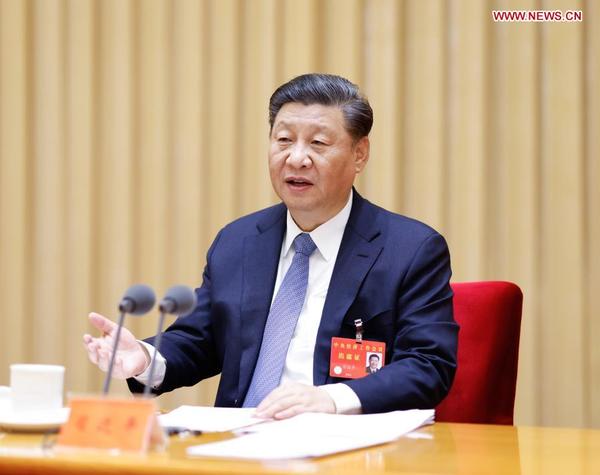 BEIJING, Dec. 18 (Xinhua) -- The annual Central Economic Work Conference was held in Beijing from Wednesday to Friday, as Chinese leaders charted course for the economy in 2021.

In a speech at the conference, Xi Jinping, general secretary of the Communist Party of China Central Committee, Chinese president and chairman of the Central Military Commission, reviewed the country's economic work in 2020, analyzed the current situation and arranged the economic work for next year.

This year is an unusual year in the history of the People's Republic of China, as the country faces severe and complicated international situations, arduous tasks in seeking reform, development and stability at home, and heavy blows from the COVID-19 epidemic in particular, the meeting said.

China has made historic achievements that have satisfied the people and impressed the world as the leadership has maintained strategic focus, made accurate judgement on situations, made well-planned deployment, took decisive actions and made arduous efforts.

The country has become the only major economy with positive growth this year, and scored decisive achievements in three key battles, significant progress in sci-tech innovations, key breakthroughs in reform and opening-up as well as improvements in people's livelihood.

Noting that 2020 marks the final year of the 13th Five-Year Plan, the meeting said China has accomplished new historic achievements in economic and social development through sustained hard work over the past five years, with major targets and tasks listed in the plan to be completed soon.

The Chinese nation has taken a new big step toward national rejuvenation, the meeting said.