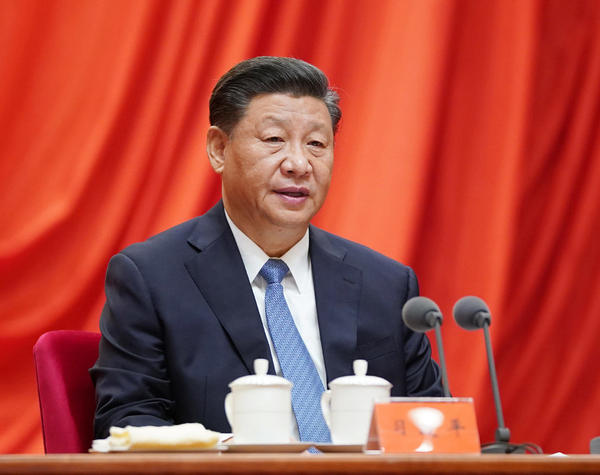 The discipline inspection and supervision system will be better integrated into the national governance system this year. The move will unleash greater effectiveness in governance and serve high-quality development as the country embarks on a new journey to fully build a modern socialist country, according to a communique released on Sunday.

The communique was adopted at the closing of the Fifth Plenary Session of the 19th Communist Party of China Central Commission for Discipline Inspection, an annual meeting held in Beijing from Friday to Sunday.

The top disciplinary body vowed to better adapt to the needs of the country's modernization work and provide a strong guarantee for the beginning of the 14th Five-Year Plan (2021-25).

President Xi Jinping, who is also general secretary of the CPC Central Committee and chairman of the Central Military Commission, addressed the session on Friday. He stressed the importance of exercising full and strict governance over the Party and a steadfast political direction in ensuring the implementation of goals and tasks set out in the Five-Year Plan.

Xi underscored that improving the Party working style, boosting clean governance and the fight against corruption constitute a journey to which there is no end. The CPC, as a major party with a 100-year history, must ceaselessly move forward with work in this regard if it is to forever preserve its advanced nature, purity and vitality, he said.

The session considered that oversight and inspection will be strengthened in implementing the country's major policies, including building a new development paradigm, deepening supply-side structural reform and improving people's quality of life, the communique said.

Efforts will be made to consolidate and expand achievements in COVID-19 prevention and control and economic and social development, increase scientific and technological strength, enhance the capacity of the industrial and supply chains and accelerate agricultural and rural modernization, it said.

The communique said the fight against corruption will be pushed forward, with the focus on investigating cases where political and economic problems are intertwined and areas with huge policy support and intensive investment and resources.

Anti-corruption efforts in the financial sector, State-owned enterprises and the political and legal systems will continue to be enhanced. The country will also strengthen international cooperation in combating corruption and tracking down fugitives and recovering their assets, it added.

Strengthening oversight of the top leaders and leading officials, and punishing misconduct in official appointments, including bribery in election and job promotions, were also listed as goals.

"The current focus of supervision should be on consolidating and expanding the achievements in poverty alleviation" after eradicating absolute poverty, said Wang Yanfei, the top disciplinary inspection official in Sichuan province.

"Efforts should be made to improve the dynamic monitoring and support mechanism for preventing a regression into poverty, and strengthen supervision of the implementation of policies promoting common prosperity among the people, so that the people will feel fairness and justice," he said.

Chen Yong, the top disciplinary inspection official in Beijing, said discipline inspection and supervision authorities should coordinate the oversight of the prevention and control work on the COVID-19 pandemic and economic and social development to help achieve the success on both fronts as sporadic epidemics have appeared in the country.