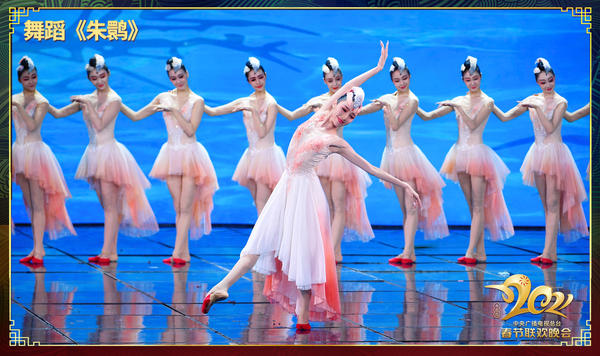 A total of 1.14 billion people watched CCTV's Spring Festival Gala, which broadcast at 8 pm, Feb 11, via television, the internet and other outlets during the live broadcast.

As the most-watched television program in the country, the gala was also livestreamed in over 170 countries and regions, such as the United States, France, Germany and South Africa. Over 18.7 million people from overseas watched the gala online.

Besides a diversity of programs, such as singing, dancing, acrobatics and traditional Chinese operas, the gala also focused on critical moments which received worldwide attention during the year of 2020, such as the landmark Chang'e 5 lunar sample-return mission and the country fulfilling its commitment to poverty alleviation under the current standards by 2020.

One of the programs, titled Balcony, which featured Chinese actors including Tong Dawei, Qin Hao and Huang Xiaojuan, portrayed the lives of local people of Wuhan, who were quarantined at home during the coronavirus pandemic, as well as the people who fought against the pandemic. It also reviewed the moments when the lockdown in Wuhan was lifted in April 2020, which touched many audiences.

"A year ago, Wuhan was at the center of the attention of the whole world and now it returns to normal. Behind this success were the heroic and tireless efforts of hundreds of thousands of people in Wuhan who were engaged in epidemic prevention and control, along with support from the whole country," wrote a fan on the social media platform Sina Weibo after watching the program.

Besides, many classic songs were re-staged during the gala featuring veteran artists and young music and movie stars, appealing to audiences of different generations.

A stage photo of a special program that tells the story about a recently returned lost relic during CCTV's 2021 Spring Festival Gala. [Photo provided to chinadaily.com.cn]

This year's show featured the latest technology, including LED displays and virtual reality, and it was broadcast live with 8K ultrahigh-definition technology for the first time.

Watching the gala has been a national tradition since 1983, becoming widely considered "an important dish" of the Lunar New Year's Eve dinner.

Many celebrities appeared virtually in the gala through technology this year due to the coronavirus pandemic, including singer and actor Andy Lau and singer-songwriter Jay Chou as well as Italian tenor Andrea Bocelli and his youngest son Matteo Bocelli, who delivered to audiences the heartwarming songs O Sole Mio and Fall on Me. Tan Yuanyuan, principal dancer of the San Francisco Ballet, performed virtually along with Chinese pianist Li Yundi.

"This year's gala is full of creativity and technology. It gave the traditional entertainment of the Spring Festival a fresh twist," wrote another fan on Sina Weibo. 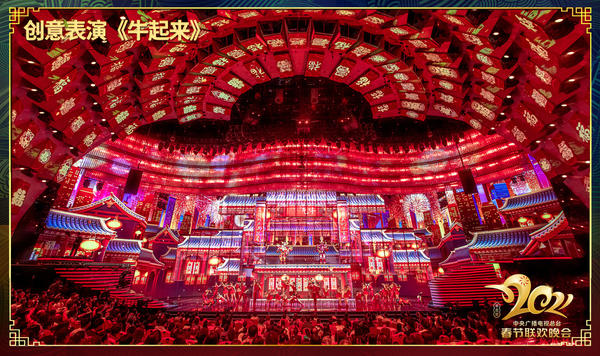 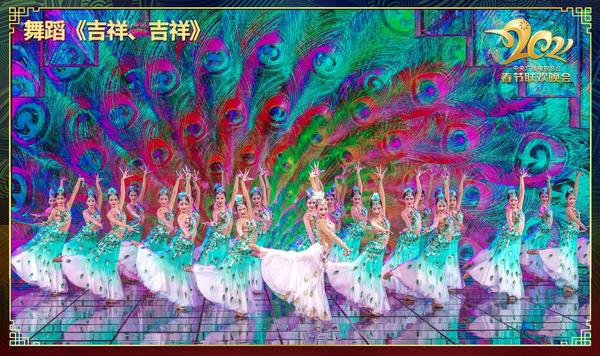