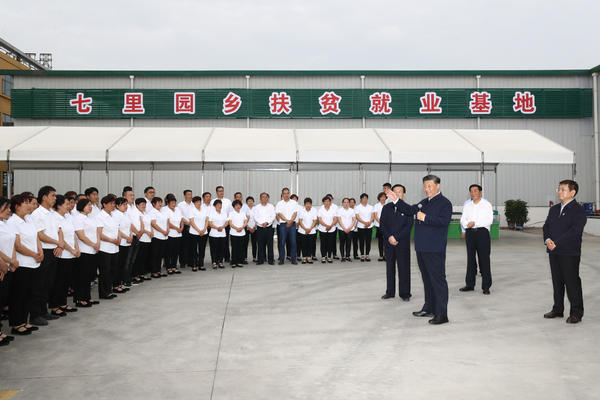 Xi made the remarks during an inspection tour of Nanyang city in central China's Henan province, where he visited a memorial facility dedicated to Zhang Zhongjing, a famous Chinese pharmacologist and physician of the Eastern Han Dynasty (25-220), and a local company producing mugwort products on Wednesday.

"The Chinese nation relied on TCM to treat diseases and save lives for thousands of years," Xi said.

"Having fought against COVID-19, SARS and other major infectious diseases, we have a deeper understanding of the role of TCM," he noted.

Highlighting the need to promote TCM development, Xi said efforts should be made to interpret the mechanism of traditional Chinese medicine and pharmacology with modern science and to incorporate both TCM and Western medicine into treatment.