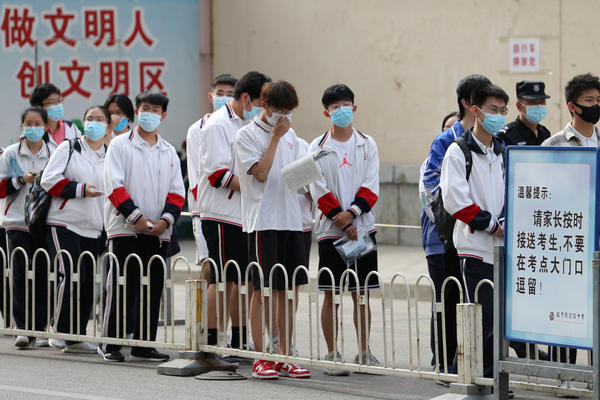 High school graduate Chen Siyin said that if she is able to enroll in her dream university, her rigorous study schedule in recent years will have been worthwhile.

Over the past three years, the 18-year-old from Wuhan High School in Hubei province has risen before 6 am and gone to bed after midnight while preparing for the national college entrance exam, or gaokao.

A record 10.78 million students around China are expected to take this year's gaokao, which starts on Monday and lasts two to four days, depending on the location.

Students from eight provincial-level regions－Hebei, Liaoning, Jiangsu, Fujian, Hubei, Hunan, Guangdong and Chongqing－will sit for the "new gaokao" this year, marking the third group of pilot regions in China to implement comprehensive reform of the examination. Zhejiang and Shanghai started the pilot in 2017, and Beijing, Tianjin, Shandong and Hainan followed suit last year.

The reform allows students to have more exam choices－up to 12 combinations of subjects, instead of the two choices between liberal arts and science subjects before－in accordance with their hobbies, interests and specialty subjects. 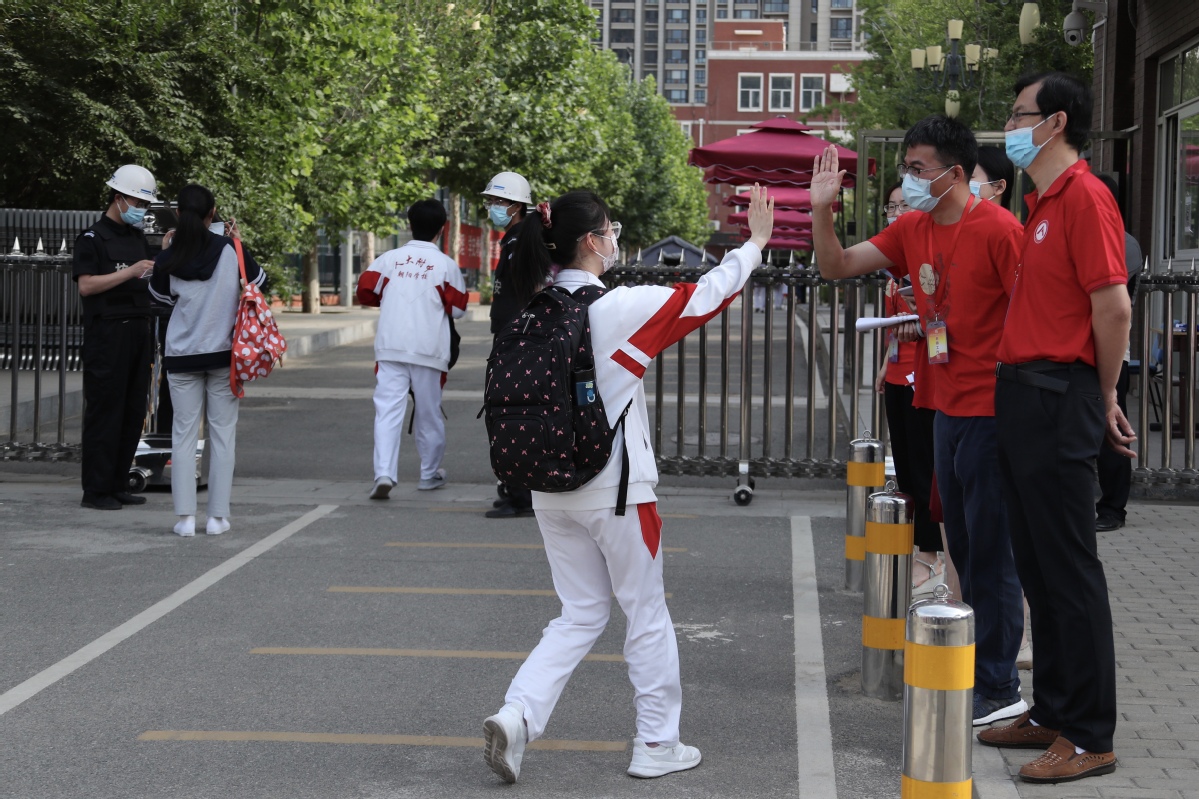 The eight regions adopted a"3+1+2" program: three compulsory tests, Chinese, math and a foreign language; one quasi-elective test, a choice between physics and history; and, two elective tests picked from four subjects－politics, geography, chemistry and biology.

Chen has chosen history, politics and biology because she believes they are her best subjects.

"I still prefer liberal arts subjects but I was not good at geography, so I chose biology instead," she said.

She hopes she has chosen the correct subjects and wants to study politics at Central China Normal University in Wuhan, Hubei, and become a politics teacher after graduation. 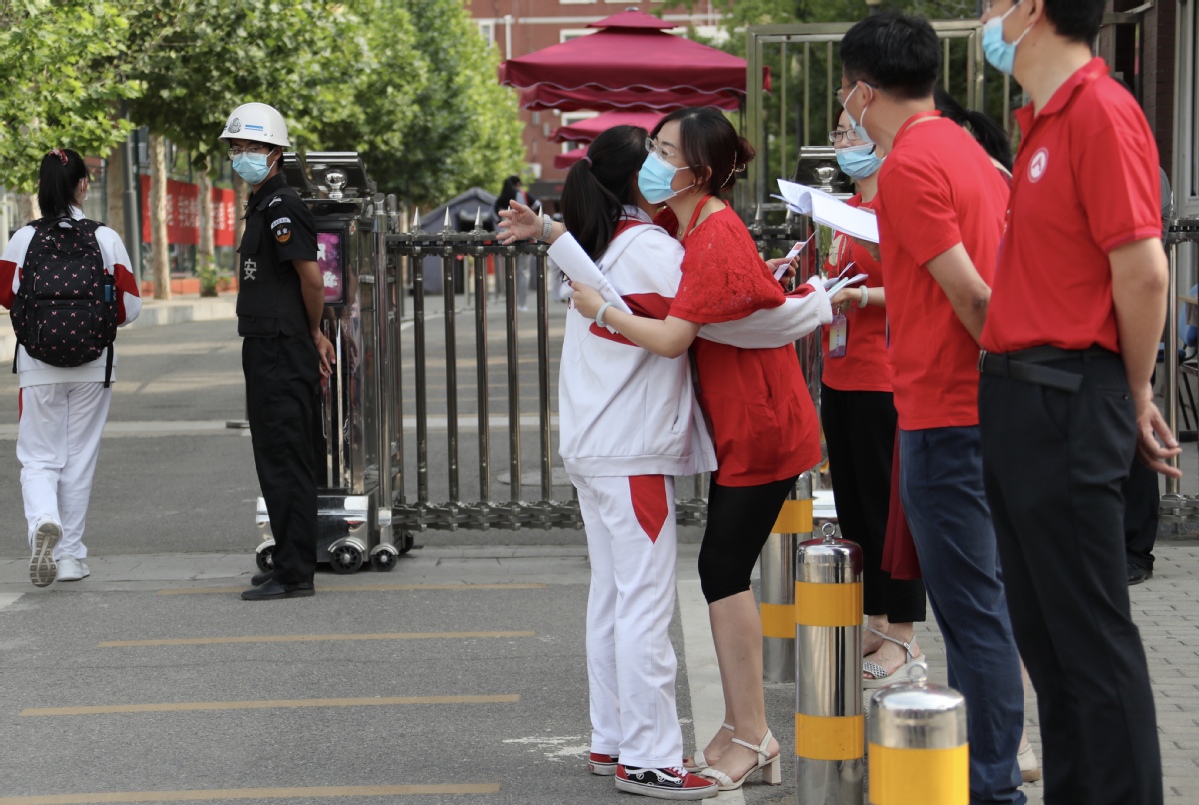 Zhao Zhuoya, a first-year undergraduate student at Renmin University of China in Beijing, took the new gaokao in Tianjin last year. She took history, politics and geography for her elective subjects.

"Although I chose all three liberal arts subjects, I was determined to stick to the choices after I weighed up the different subjects," she said.

Zhao had the opportunity to take the English-language test twice as part of the gaokao reform in Tianjin, with the higher score reflected in her total score. She said she got a better mark in the first test in March, which gave her more time to prepare for other subjects.

Fa Xiaolin, a head teacher at a Wuhan high school, said the reform has enabled students to have more of a say in their future and allowed them to think more about their career path at an early age. The exam used to be criticized for forcing students to choose between liberal arts and science at an early age.

Giving students more choices, the reform also opens the way for more personalized development and allows them to learn subjects they are passionate about, she said. 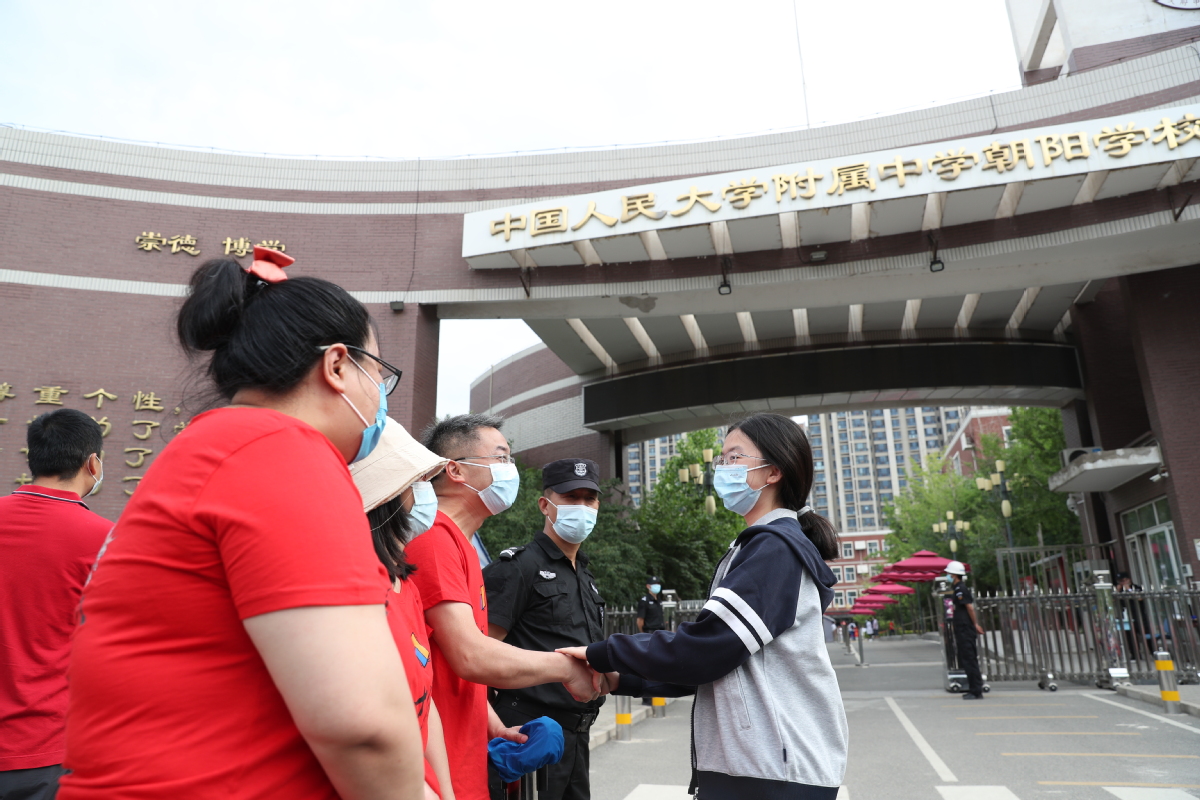 Fa, who has taught high school classes for more than 20 years, said students nowadays are more aware of their interests and are not afraid to speak out about their preferences.

"As China's economy has grown rapidly in recent years, and with more job opportunities emerging, the gaokao cannot shape one's destiny as it did in the past, and students and parents have a more rational attitude toward the exam," she said.

However, it is still an important exam, as it offers students access to quality education resources, which give them more opportunities to land good jobs, she said.

Students from rural areas and places that have just been lifted out of severe poverty will continue to enjoy favorable policies when they apply for major universities this year, according to the Ministry of Education.

Special enrollment plans will continue to enable more students from rural and once impoverished areas to go to key universities and colleges, the ministry said in a notice in April. 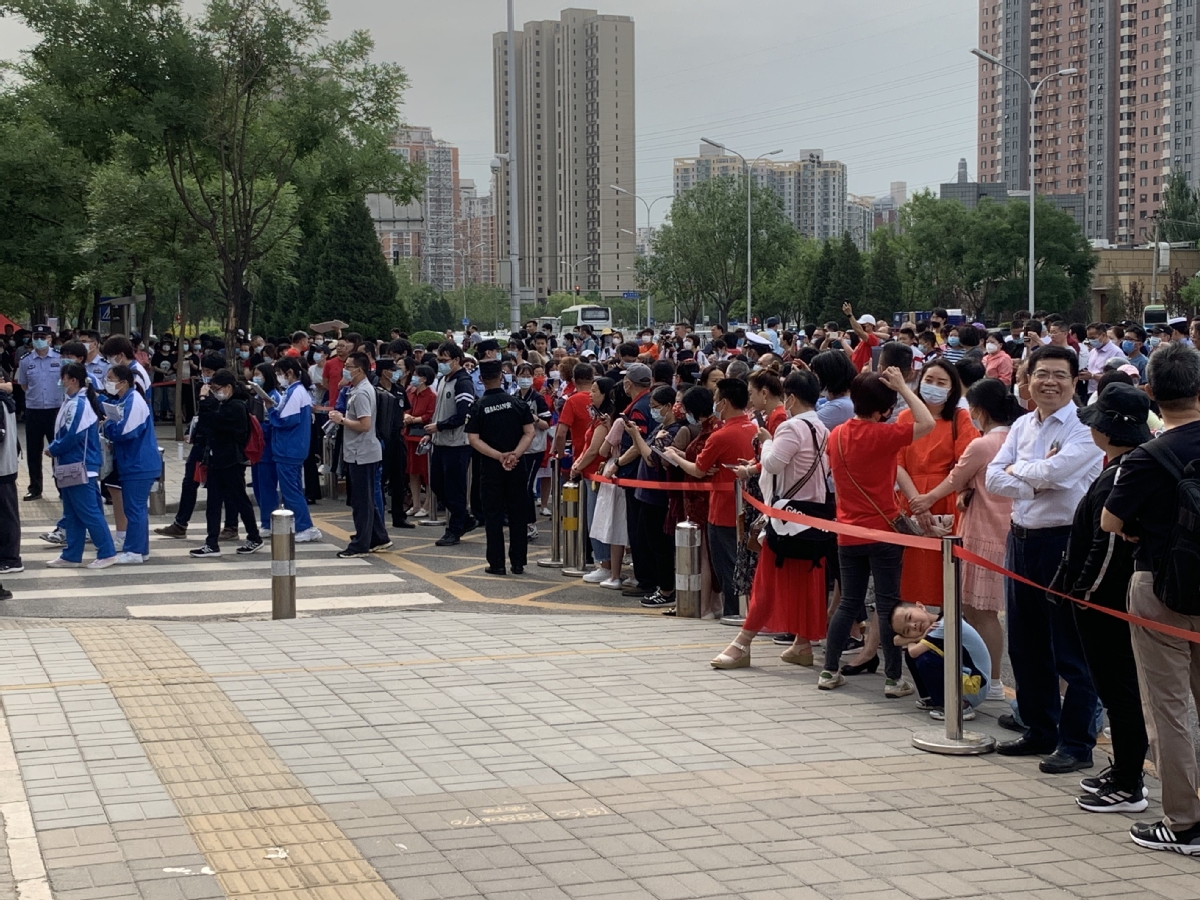 Parents and teachers wait outside the venue as students enter to take part in the National College Entrance Examination in Chaoyang district, Beijing, on June 7, 2021. [Photo by ZouShuo/chinadaily.com.cn] 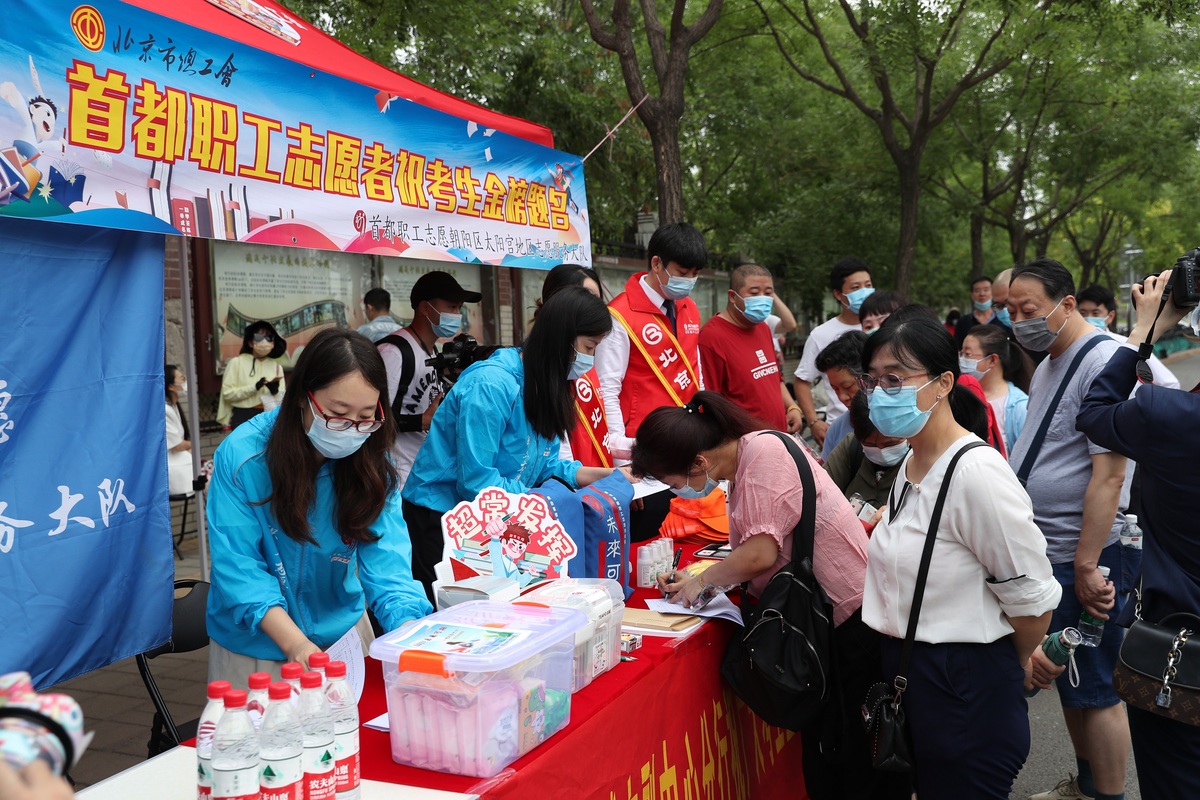 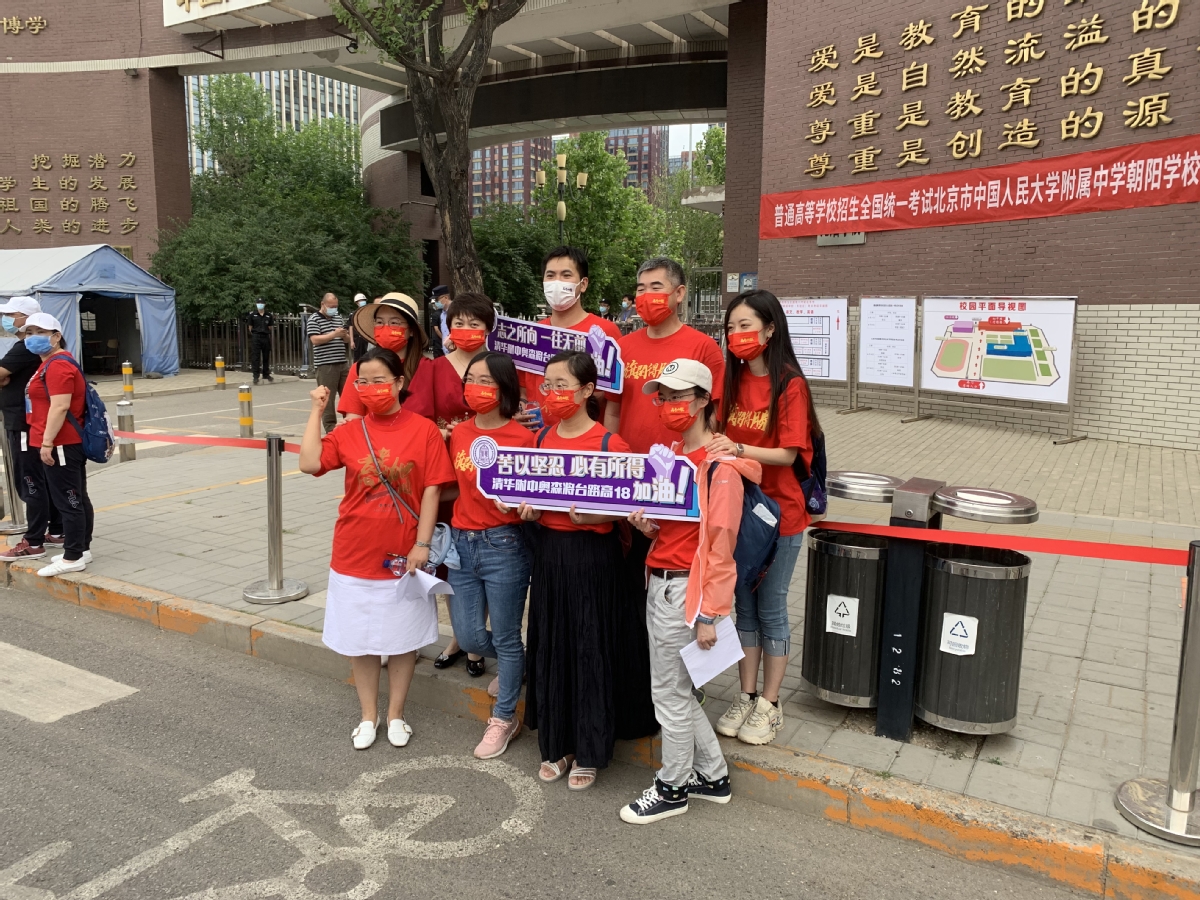