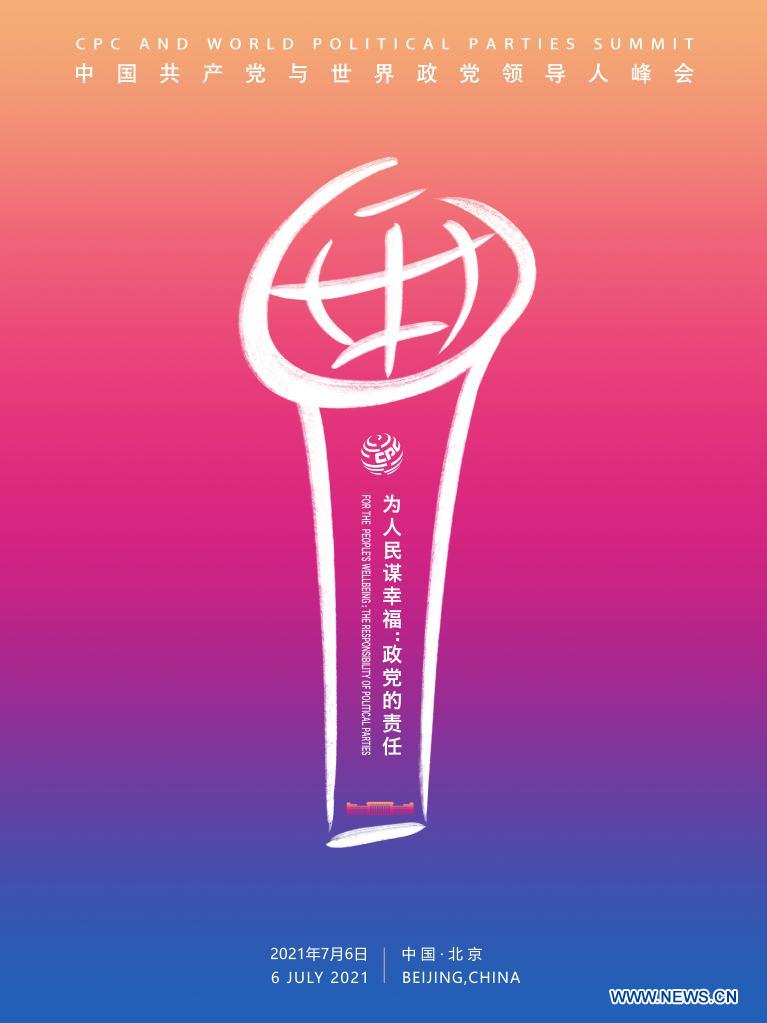 This image shows a poster of the Communist Party of China (CPC) and World Political Parties Summit. [Photo/Xinhua]

General Secretary of the Communist Party of China Central Committee Xi Jinping will participate via video link on Tuesday in the CPC and World Political Parties Summit, an event by which China aims to strengthen the global network of interparty exchanges and cooperation to build a better world.

Xi, who is also China's president and chairman of the Central Military Commission, will deliver a keynote speech at the event, which will be attended by more than 500 leaders of political parties and organizations from more than 160 countries, as well as over 10,000 party representatives, said Hu Zhaoming, spokesman for the International Department of the CPC Central Committee, in a statement on Monday.

With the theme of "For the People's Well-Being: The Responsibility of Political Parties", the summit will be an important multilateral diplomatic event held at a time when the CPC is marking the 100th anniversary of its founding, Hu said.

The summit aims to strengthen exchanges and mutual learning from governance experiences between the CPC and political parties worldwide, and to jointly respond to challenges brought by changes unseen in a century, including the COVID-19 pandemic, he said.

While addressing a grand gathering marking the centenary of the CPC's founding in Beijing on July 1, Xi said the Party cares about the future of humanity and wishes to move forward in tandem with all progressive forces around the world. China has always worked to safeguard world peace, contribute to global development and preserve international order, he added. 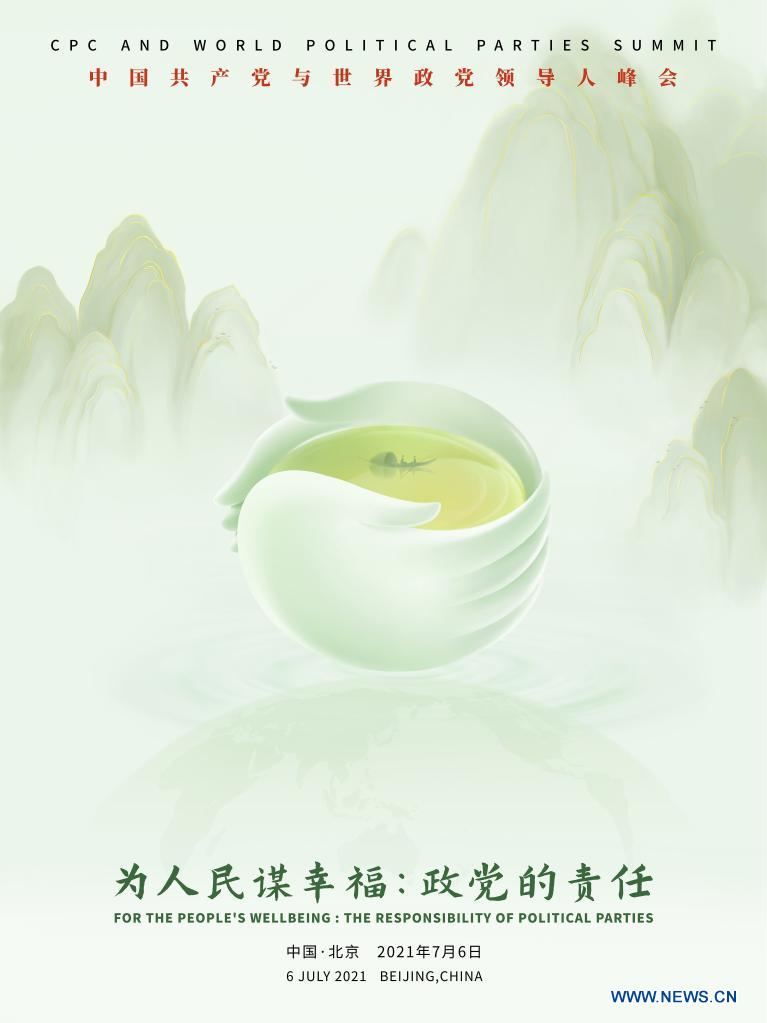 This image shows a poster of the Communist Party of China (CPC) and World Political Parties Summit. [Photo/Xinhua]

Speaking at a news conference in Beijing on Monday, Guo Yezhou, deputy head of the International Department of the CPC Central Committee, said Xi will use the summit to speak to the international community about the CPC's attention to, and concerns about, the future of humanity.

Guo said world political parties' focus when looking at China and the CPC has shifted from China's achievements to the political impetus and "institutional secret" behind the country's success.

Given the profound changes in the international landscape, no individual or country can remain immune to the common challenges facing the world, he said, adding that solidarity is the only way forward.

"We look forward to developing closer cooperation with world political parties to align parties' interests with national interests, the interests of our own people with those of the people of the world," Guo said.

"We hope to build up more consensus and pool more strength on major issues concerning the future of humanity, move toward building a community with a shared future for mankind, and build a better world together."