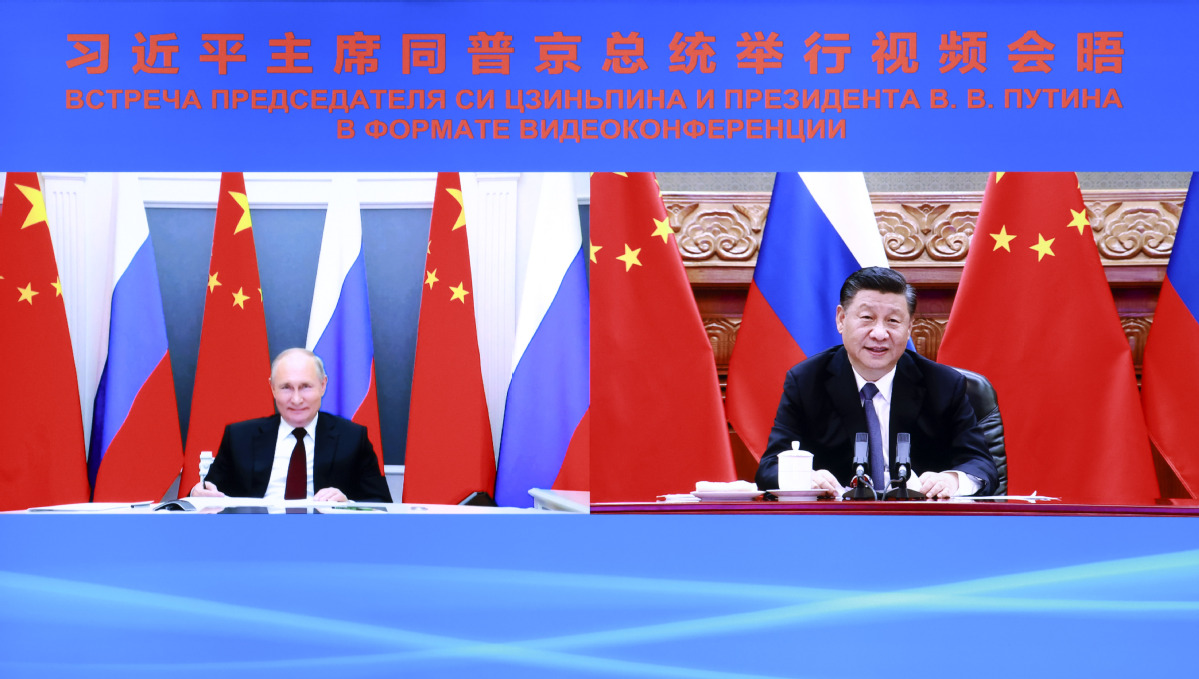 Leaders, officials and scholars have hailed the mature, unique partnership between Beijing and Moscow that outperforms traditional alliances, helps each other ensure strategic security at their doorsteps and provides support for multilateralism and peace across the globe.

They made the observation as the two countries recently held a series of events to celebrate the upcoming 20th anniversary on Friday of the signing of the landmark China-Russia Treaty of Good-Neighborliness and Friendly Cooperation.

The two countries have worked together to effectively promote multilateralism, oppose hegemony and power politics and contain the impulses of some Western countries for fanning a new Cold War and bloc confrontation, officials said.

When addressing a grand reception on Sunday in Beijing to mark the anniversary, State Councilor and Foreign Minister Wang Yi defined the bilateral comprehensive strategic cooperative partnership as "not an alliance, but better than an alliance".

In the past 20 years, under the guidance of the treaty, China-Russia ties have reached historic highs, and the two countries should further build staunch supporting pillars for world peace and security, Wang said.

He underlined three shared missions for the two countries to step up what he called "side-by-side collaboration": safeguarding their core interests, promoting their development and revitalization, and championing regional security and stability.

The two governments have thoroughly resolved the border issue left over from history and secured constant peace at their shared boundaries of over 4,300 kilometers.

Recently, Russia's Finance Ministry completed an asset structure adjustment to the National Wealth Fund, the country's sovereign wealth fund, and the share of the Chinese yuan was increased from 15 percent to 30.4 percent.

At the event on Sunday, Russian Ambassador to China Andrey Denisov said that the two sides have stayed true to the treaty and achieved fruitful results through cooperation in various fields, and Russia-China cooperation has demonstrated strong stability and tenacity, particularly amid the COVID-19 pandemic and the changing global landscape.

Xu Bu, president of the China Institute of International Studies, said the two countries have achieved constant progress in their ties as they "exercise mutual respect and mutual trust, pursue no alignment or confrontation, target no third countries and subscribe to win-win cooperation".

As a result, their strategic cooperation has become increasingly mature, and their ties have "become a role model between major powers in modern times", Xu said at a recent seminar.

In an interview with the US television broadcaster NBC last month, Putin voiced support for China on issues related to the Xinjiang Uygur autonomous region and Taiwan, and he debunked attempts by some Western countries to alienate or sabotage China-Russia relations.

"We do not believe that China is a threat to us," Putin said, noting that the two countries enjoy "a high level of trust and cooperation in all areas".

Chen Wenling, chief economist at the Beijing-based China Center for International Economic Exchanges, said the two-way partnership is not only a country-to-country relationship, but also "an anchor of global peace and balance".

"Without the cooperation of the two major countries, some people may be bolder and increasingly fearless when prioritizing their own national interests above the world's interests, bullying and suppressing other countries in order to maintain their hegemony," Chen wrote in a recent article published on a news website affiliated with the National Development and Reform Commission.

As long as China and Russia further unswervingly champion the whole of humanity's common interests, a fair and just international order and the basic principles of international relations, more countries will follow their lead and stay undisturbed, and "the world will not be messed up too much and will be full of hope", she added.

Since both China and Russia have announced that they will not form a strategic alliance to deal with other countries, this unique nonalignment policy "enables the development of the world's diversity and lays a solid foundation for world peace", Hong Kong-based China Review News said in a commentary.

The two permanent members of the UN Security Council have shown that "equal cooperation can be achieved as long as countries respect each other and do not interfere in internal affairs", and "a no-win situation cannot be avoided unless cooperation is based on mutual benefits and mutual respect", it added.