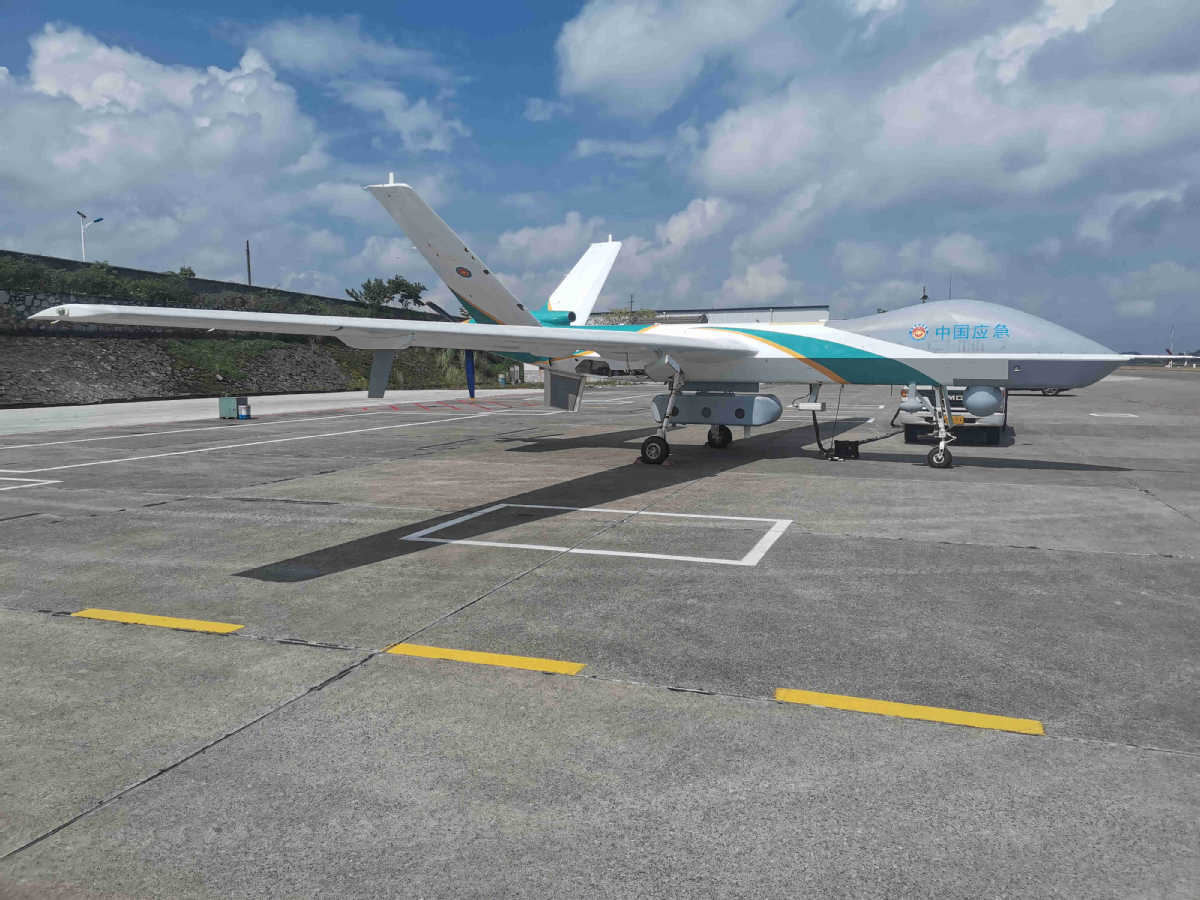 China has deployed unmanned aircraft to restore communication services and survey conditions in several parts of Henan province that were severely affected by recent heavy rain and flooding.

At 1:36 pm Thursday, ground controllers instructed the drone to take off from an airport in Anshun, Guizhou province, where it is based.

After flying about four hours to reach Zhengzhou, the remotely controlled aircraft activated a mini signal transmission device to allow people inside the hospital and in the surrounding area to connect to the China Mobile network, enabling them to report their situations, call for help or coordinate evacuation work, AVIC said.

By Thursday afternoon, thousands of patients, their family members and medical workers had been trapped inside the hospital complex for more than 40 hours without sufficient food or drinking water because deep floodwater hindered rescue and evacuation efforts.

AVIC said that communication services provided by the pilotless aircraft were crucial to efforts to free trapped people.

It was the second time AVIC deployed a Wing Loong 2H to assist people affected by the rain and flooding that has ravaged Henan in recent past days.

On Tuesday evening, AVIC Chengdu UAV System received a request for assistance from the Ministry of Emergency Management and prepared a Wing Loong 2H for signal relay and aerial survey operations.

On Wednesday afternoon, the drone took off from the Anshun airport and flew nearly 1,200 kilometers before arriving over Henan's Mihe township. The aircraft then began to fly around the flood-stricken township to provide communication links to people using the China Mobile network. The links were severed when flooding destroyed vital infrastructure.

After the makeshift network was established, China Mobile sent a text message telling people to seize the opportunity to report their situations to outside authorities and to contact their family members.

During the five-hour relay operation, the drone provided phone or internet services to 3,572 residents. At its busiest, as many as 648 users were connected with the outside world through the drone. The aircraft was then ordered to use its optical devices and radar to detect and map devastation in other locations in Henan.

"The Wing Loong 2H is fit for a wide variety of emergency-response missions, including signal relay, aerial mapping and monitoring, and airdropping materials," said Li Yidong, chief designer of the Wing Loong II series. "It can fly a long distance, stay airborne for a long time and carry a heavy load of materials."