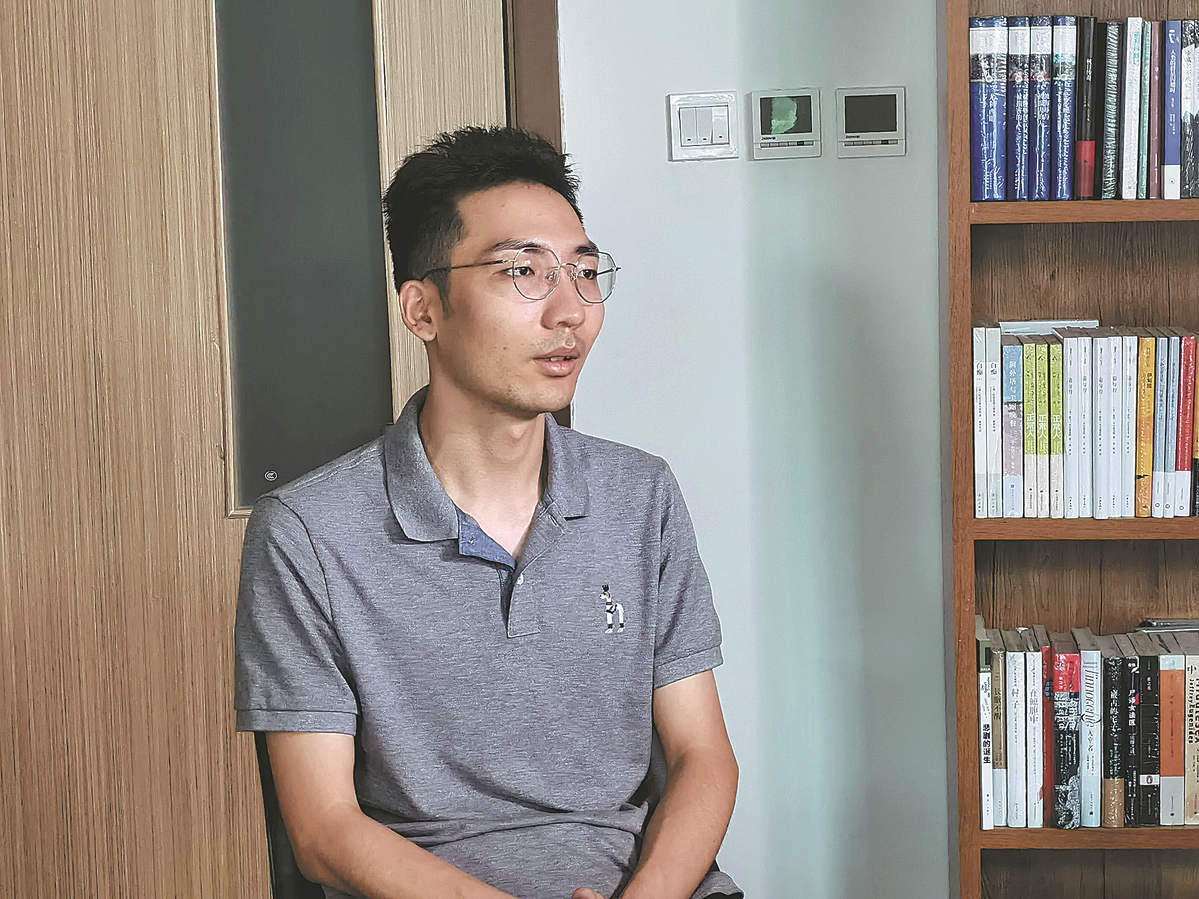 Yu Yifei, a 26-year-old medical intern at People's Hospital of Zhengzhou in Henan province, saved about a dozen people trapped in a flooded subway train when torrential rain lashed the city on July 20.

It was the first day in the job for Yu, who wants to become a doctor. That night on a subway station platform, he spent an exhausting six hours giving cardiopulmonary resuscitation, or CPR, to passengers who barely survived drowning. He also treated others who were injured.

On July 20, precipitation in Zhengzhou reached a record 201.9 millimeters between 4 pm and 5 pm.

Yu was stranded in a subway train on Line 5 as he made his way home at 5 pm after a day's training. Floodwaters crashed through a barrier and entered the underground area, according to Zhengzhou Metro.

The train came to a sudden halt before the water began rising in the carriages, trapping passengers inside. Yu, fearing for his life, made a desperate call to his father.

"I am trapped in the subway and may not be able to get out. Take care of yourself and mom," he told him.

Meanwhile, as water continued to flow into the carriages, passengers' fears rose. When subway workers arrived to evacuate them, Yu managed to get out, unlike others who were trapped by the constantly rising water.

As he made his way to safety, he heard a cry for help from someone needing a doctor.

Yu quickly donned the white medical coat given to him at the hospital earlier and returned to the platform.

On seeing him, a number of frightened people were greatly encouraged and their spirits lifted. Yu said some even applauded him, adding, "They regained hope at the sight of the doctor's white coat."

Over the next few hours, he treated the injured.

"I checked whether each person's life was in danger," he said.

"Those in hypothermic shock from the cold water needed blankets to warm up. I administered CPR to people who were unconscious and near death from drowning."

As more passengers were pulled from the water, Yu instructed others in the key steps to save a victim from drowning.

One of the passengers, a female doctor from First Affiliated Hospital of Zhengzhou University, nearly died. After regaining consciousness and strength, she joined Yu in treating others.

After six hours, Yu was exhausted and needed all his concentration to perform another CPR procedure.

"My knees and feet were cut by fragments of broken glass, and the white coat was stained with blood and mud," he said.

He called home and left the subway station at about midnight, wading into the storm.

Three hours later, he met his father, Yu Zhensheng, at a highway bridge 1.6 kilometers from the Armed Police Hospital of Henan Province, where his father works.

"With tears in his eyes, my father smiled and gave me the thumbs-up," Yu Yifei said.

As he fought to save lives in the subway, his father saw footage of him on social media and set out to find him.

As a Chinese soldier and a doctor with 30 years' experience, his father was proud. "The spirit of a doctor has been inherited," he said.

Yu Zhensheng has taken part in the fight against SARS and COVID-19, as well as in rescue efforts after the Wenchuan earthquake in 2008.

People nationwide hailed his son's efforts. In response, Yu Yifei said he would work harder "because the people of the nation will be my supervisor".

On Thursday, in appreciation of his courage and contribution, People's Hospital of Zhengzhou exempted Yu Yifei from probationary status as an intern and hired him directly, a rare occurrence in the nation's medical system.

Yu Yifei graduated from University College London with a major in orthopedics.

Feng Xiaojie contributed to this story.