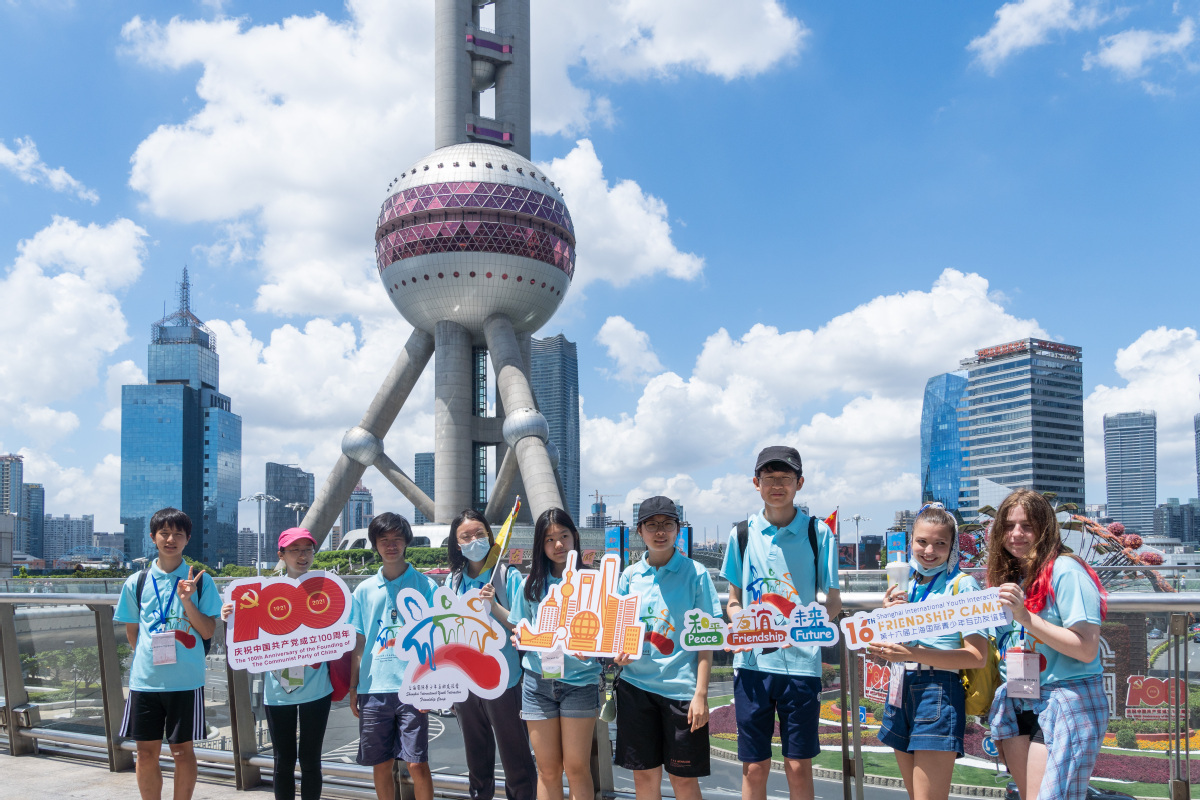 Young foreigners in China have expressed their appreciation for the nation's openness and its abundant opportunities for study, work and starting businesses, saying that they will continue to build more bridges between their countries and China.

Their remarks came after President Xi Jinping extended a welcoming message to more young people from other countries to come to China while replying to 36 representatives of young foreign participants in the Global Young Leaders Dialogue.

The representatives, with diverse regional, cultural, disciplinary, sectoral and professional backgrounds from 28 nations, shared their happiness after receiving the reply letter from the Chinese president and hailed China's continuous commitment to opening-up at a seminar in Beijing on Thursday.

The reply letter from Xi was his second interaction with young foreigners in China recently. He wrote back in June to 45 representatives of overseas students from 32 countries who are studying at Peking University, encouraging them to better understand China and share their thoughts and experiences with more people around the world.

"The youth are the torch bearers of the future, and having a real dialogue between China and international youth can actually help the world be well prepared for future challenges," he said.

Jonathan Lopez, a Latin America strategist at ByteDance, said the opportunity he was offered to come to China to study at Tsinghua University was a life-changing moment for him, despite the challenges of not speaking the language and living in a different culture.

After completing his studies, Lopez, who holds dual citizenship of Canada and Colombia, described his decision to work in China as a bet that eventually paid off.

However, he only made up his mind after witnessing the abundance of job opportunities China has to offer. "I was able to see things that I never saw anywhere around the world, like mobile payments, e-commerce and the speed in which China moves. And that's something that you never see in any other place around the world to that scale," he said.

Lopez highlighted the importance for the country to continue providing opportunities for young people around the world to come and study in China.

"In that way, they also would explore this place, learn the language and create a career in China so they can build better bridges between their countries and China and the rest of the world," he said.

Kseniya Otmakhova, a marketing manager of a Beijing-based design studio and a Schwarzman scholar at Tsinghua University, said China has been a playground for experimentation for many young foreigners.

"What makes China so unique and so attractive to foreigners who chose to be here is you have the space to experiment and to turn ideas you have into reality," she said.

Erik Nilsson, a senior journalist at China Daily and a member of the media group's Edgar Snow Newsroom, was also a participant in the young leaders dialogue, which was jointly initiated by the Center for China and Globalization and the Academy of Contemporary China and World Studies.

"The points about mutual learning and mutual success that Xi mentioned are crucial to advancing a global community with a shared future for mankind," he said.

"I've learned the value of experiencing broad swathes of China as a foreigner. That is, during my 15 years of traveling to often-remote communities in every province on the Chinese mainland, including hundreds of cities, towns and villages, and sharing these stories with the rest of the world," he added.

Gaston Chee, co-founder and CEO of an education firm preparing Chinese students for studying abroad, said China has impressed him with its enabling business environment.

"We all know the president has a packed schedule. But he still took time to reply to the letter and to address foreign youth. That just shows how welcoming the Chinese government is," he said.