"Henan (河南)" is abbreviated as "Yu (豫)", which is composed by a hieroglyph "象" meaning elephant in English. The left and right parts of the hieroglyph "豫" seem like a person holding an elephant. The legend is that Henan was recognized as the land of elephants in ancient times. At present, many symbols are designed with elephant figures across the province.

Is it true that elephants were found in ancient Henan or not?

In recent days, around the Jianshankou Reservoir in Wenquan town of Ruzhou, a county-level city in Pingdingshan of Henan province, some animal bones were washed out from the river, which have been identified by the experts from Henan Natural History Museum as the fossilized pelvis of elephants. 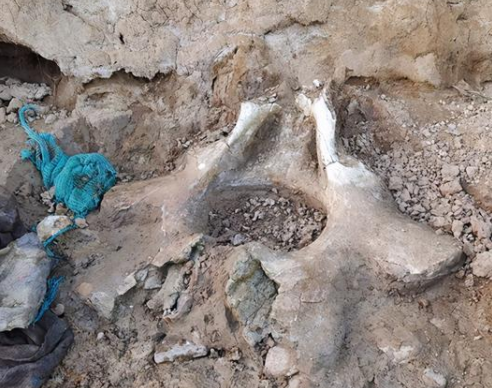 "That morning, we found these bones while we were patrolling the north side of the Niujian River's temporary spillway, and at a steep slope (50 meters east of the bone site) on the south bank, we also discovered some scattered rocky grayish white objects in two semicircular pits," said Li Feng from the Bureau of Geology and Mineral Resources of Ruzhou on September 7.

To make a confirmation whether the bones are animal fossils, Li and his colleagues returned to the site to observe carefully and take photos closely. After comparing with the online fossil photos, they made a preliminary confirmation that what they had discovered are animal fossils indeed. Therefore, they reported the evidence to Henan Natural History Museum immediately. 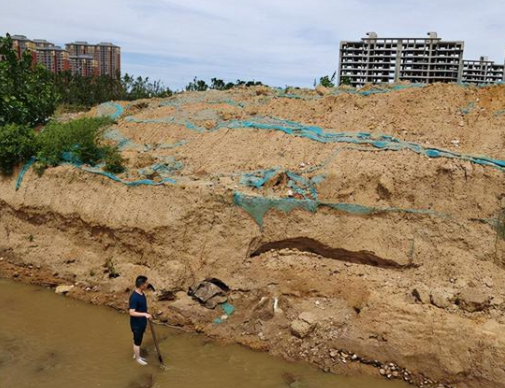 Xu Li, head of Henan Natural History Museum, at once set off to Ruzhou with geological prospecting experts. Preliminary identification suggests that the animal bones are fossilized pelvis of elephants and the scattered rocky grayish white objects in two semicircular pits are fossilized ivories. Besides, partially broken bones and ivories were also found in the soil excavated from the river.

"The latest data shows that it is the first discovery of fossilized elephant bones in Ruzhou," said Xu. Alongside the river, experts also discovered more paleontological fossils of ancient cattle or rhinoceros.

According to Zhang Tianyi, a professor-level senior engineer from the Institute of Natural Resources Research of Henan, this suggests that tropical plants and animals had existed here from 10,000 to 40,000 years ago and then died out due to the climate and environmental changes. The discovery of paleontological fossils provides crucial data for scientific research on climate changes in the Central Plains and the classification of paleontologies.