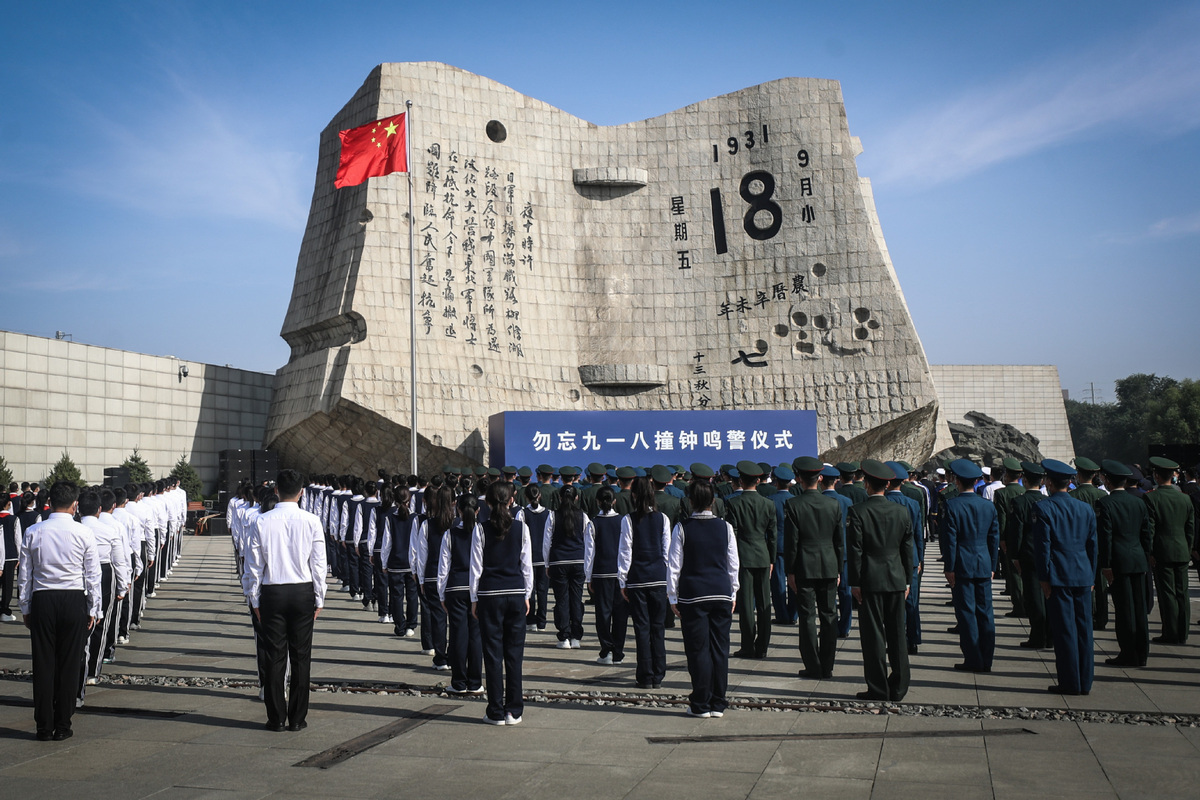 BEIJING - Ninety years ago, the Japanese army attacked Beidaying, where the Chinese army was garrisoned, and Shenyang city in Northeast China, marking the outbreak of the war of Japanese aggression against China.

The suffering that befell the nation triggered an unprecedented national awakening. In the 14 years that followed, the Chinese people fought arduously, and China eventually won the first complete victory in its resistance against foreign aggression in modern times.

Chinese President Xi Jinping, also general secretary of the Communist Party of China Central Committee and chairman of the Central Military Commission, has hailed the huge sacrifice made by the Chinese people in defeating the Japanese aggressors and called for upholding the great spirit of resisting aggression and cherishing peace.

The following are some highlights of his quotes in this respect:

-- The resistance efforts of the Chinese people after the September 18th Incident signalled the beginning of the Chinese People's War of Resistance against Japanese Aggression, and were also a prelude to the Global War against Fascism.

-- This great triumph put an end to China's national humiliation of suffering successive defeats at the hands of foreign aggressors in modern times and won the Chinese people respect of all peace-loving people around the world.

-- The great spirit of resisting Japanese aggression is precious to all Chinese people. It will always be a profound source of inspiration that sees them through all kinds of adversity and difficulty on their way toward realizing the Chinese Dream of national rejuvenation.

-- The past cannot be changed, but the future can be shaped. To bear history in mind is not to perpetuate hatred. Rather, its purpose is to ensure that mankind does not forget its lessons.

-- No matter what stage of development it reaches, China will never seek hegemony or expansion. It will never inflict its past suffering on any other nation.