Games Terminology Platform Can Be Read in Eight Languages 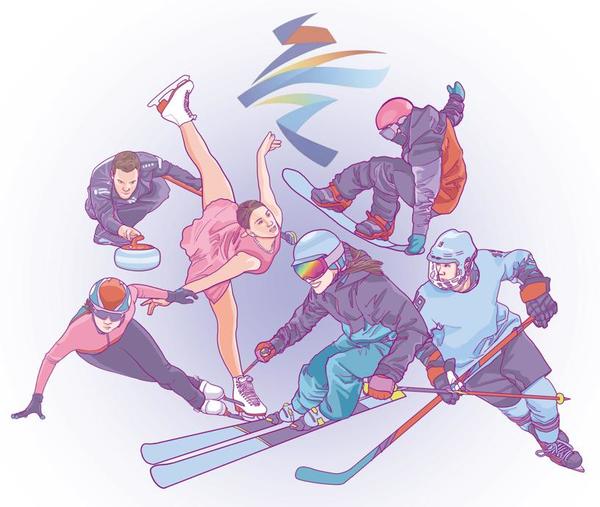 The latest version of an online terminology platform for the 2022 Winter Olympic Games has been made available to the public as a tool providing explanations of jargon associated with the events, the Ministry of Education said at a news conference on Wednesday.

The platform contains about 132,000 words and phrases along with their definitions, application examples and sources in eight languages－Chinese, English, French, Japanese, Korean, Russian, German and Spanish. The platform's website is owgt.blcu.edu.cn

Anyone can access the platform by internet and mobile phone application and search, edit and review terms. On a mobile phone, they can even search by voice and photo recognition, the ministry said.

At the conference, the Beijing organizing committee for the 2022 Olympic and Paralympic Winter Games also released Terms of Olympic Winter Sports, a dictionary that selected about 3,000 core terms from the platform for quick learning.

Liu Heping, professor of translation study from the Beijing Language and Culture University, which organized both the platform and the dictionary, said they will be the world's first multilingual winter sports term tool kits to feature eight languages.

"The 2022 Games offer a chance for us to retain sports language heritage, so we discussed, collected and added new content to the glossary," said Liu, one of the compilers.

Taking curling as an example, Liu and her team members have identified terms related to the sport, including "brushing", "slide", "lead" and "icemaking" and have provided explanations of each.

In 2017, the ministry, the committee and the State Language Commission launched a language service action plan that included the compilation of the terms.

In addition, the China National Committee for Terminology in Science and Technology helped the university with the platform and dictionary compilations.

In 2018 and 2019, the committee released the platform's first and second editions, both of which contained fewer words and phrases than the latest version.

Over the past few years, the committee's staff members and volunteers of the Games have been using the platform and updating terms on it.