What is your impression of an African chieftain?

A chieftain is always imagined to have colorful feathers on his head, dressed in gorgeous and stylish animal skins, surrounded by "beauties" and protected by warriors with spears.

Chieftains, it seems, only exist in movies and TV plays or overseas news and far away from our life. However, Kong Tao, born in the 1980s in Qingfeng county of Puyang city, Henan province, became a chieftain in Africa in 2019.

In 2019, Kong Tao was made a tribal chieftain in Nigeria. Dressed in a white robe and holding a colorful scepter, he posed for photos with his Nigerian friends. To his surprise, the photos became a hit on Chinese social media platforms a few days later. 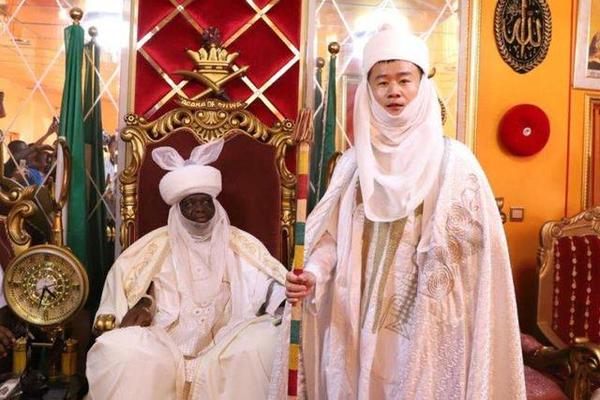 It sounds unbelievable that a young man from Henan province has become an African chieftain.

Some netizens humorously commented: "As an African chieftain, did you get a promotion, enjoy polygamy and reach the top of your life?"

Now, two years have passed, has Kong Tao already reached the top of his life? 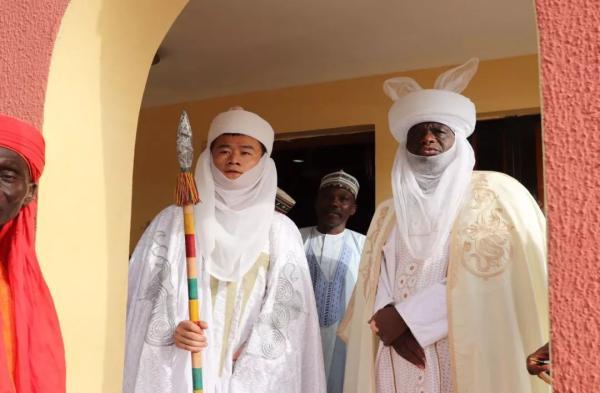 Kong Tao was born in Qingfeng county in 1985. After obtaining a master's degree at Beijing Jiaotong University in 2010, Kong Tao got a job at China Civil Engineering Construction Corporation.

At that time, Nigeria's railway construction was on the fast track. Therefore, at the end of 2010, Kong Tao was sent to Nigeria because of work needs. Up to now, he has been working there for over a decade.

In Nigeria, Kong Tao and his partners created many jobs for local people by providing training classes for them so that they could improve their lives by themselves.

In a village nearby, he built three new school buildings for a local primary school. Since then, full of gratitude, the locals have began to call him "Headmaster Kong".

Over the past years, many works had been done by Kong Tao and his partners, such as building roads and football fields. They created many touching Chinese stories in the remote African land and won the respect of the local people with their sincerity. Improvements in education and economy have made what was once a wasteland brimming with energy and vitality.

"For us, it is a regular project, but for them, it is a hope of changing their lives," said Kong Tao. 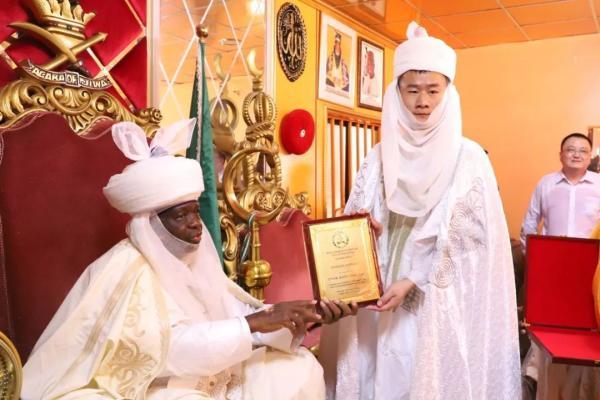 Becoming an African chieftain "was an accident," said Kong Tao.

In September 2018, Kong Tao visited a Nigerian "king" (the top ruler of a local community under Nigeria's traditional power system), who decided to give him a special "gift" -- a chieftain title.

In Nigeria, only foreigners who have made outstanding contribution to local economic or social development and people's lives improvement can be granted the chief title.

On April 21, 2019, the certificate and scepter symbolizing the chieftain's power were granted to Kong Tao who became a chieftain with the title of "WAKILINAYYUKA", a local honorary title that translates as "engineering chief".

Chieftains enjoy fiefs and, according to Nigerian custom, polygamy and even can pass the title to the next generation.

But, Kong Tao's title is just an honor. As a Chinese staff, he do not participate in local affairs.

For Kong Tao, such an honor is not for him alone. "It seems that they gave the title to me, but actually they wanted to express their thanks to the Chinese enterprise and China."

A friend once asked him jokingly, "What is your feeling with polygamy as a typical  African chieftain?"

Kong Tao answered that he is Chinese and of course he should abide by monogamy. In fact, he got married in China in 2014 and has a lovely daughter. In fact, Kong Tao is not the first Chinese who has been named a chieftain in Africa. His company alone has four. For their contributions to Africa, they were granted such a title symbolizing China-Africa friendship.