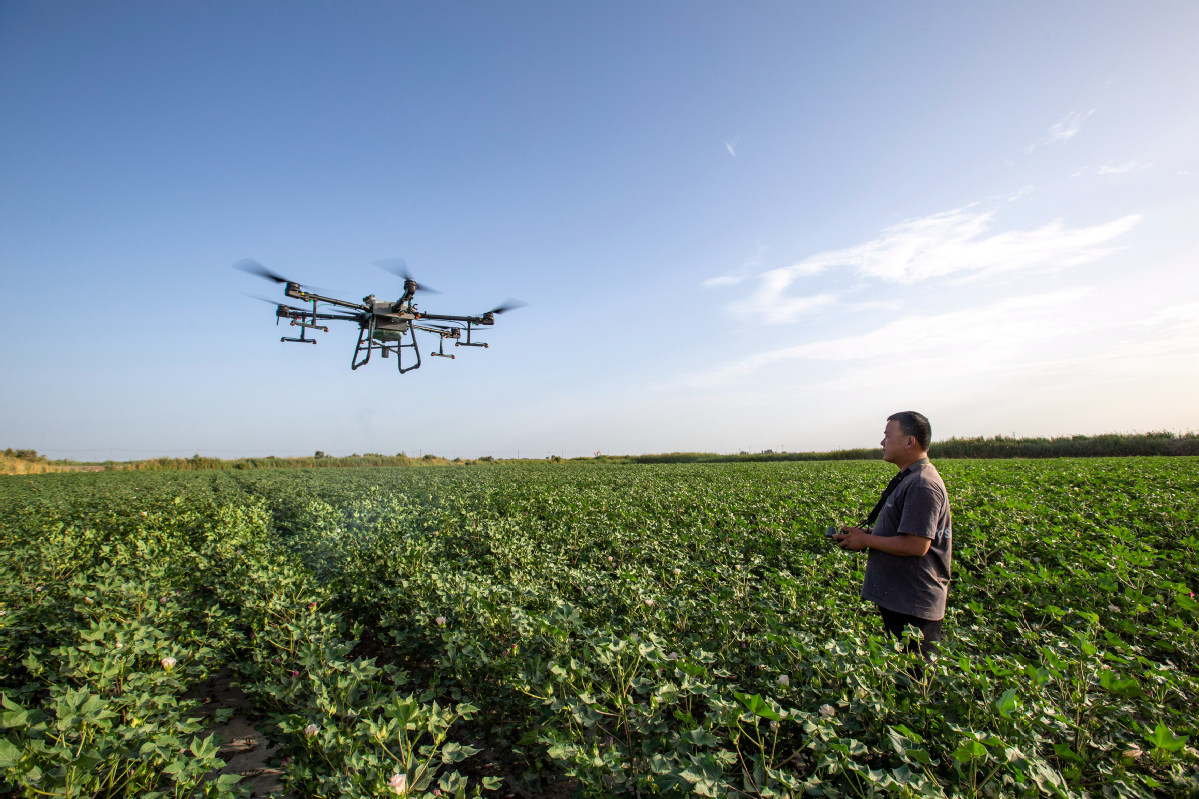 Wu Kongming, president of the Chinese Academy of Agricultural Sciences, said during a work conference that the academy will focus on scientific and technological research on seeds, arable land, agricultural machinery and biosecurity.

China will promote cultivation practices and varieties to increase yields, especially focusing on breakthroughs in soybean and oil crop output, he said.

The country still lags behind some countries in grain yields. For instance, China's corn yield is 60 percent of that in the United States, while its soybean yield is even below that comparative level. Yields of rice and wheat are both below the best achieved overseas.

The development and application of agricultural machinery are expected to improve, reducing the reliance on imports of smart and cutting-edge equipment.

Ninety percent of large machinery over 184 kilowatts is imported, with much domestic machinery unable to operate in hills or harvest intercropped soybean and corn.

China is also lagging in innovative achievements in modern biotechnologies such as gene editing, synthetic biology and artificial intelligence.

The domestically developed white-feather broiler variety only accounts for 10 percent of the Chinese chicken meat market, while the breeding of cows and some other livestock remains highly reliant on imports.

Vegetable seeds comprise the majority of imported seeds, with some varieties fully reliant on imports, prompting China to boost the development of vegetable farming technologies.

Zhang Hecheng, Party chief of the academy, said China's overall level of agricultural science and technology will be among the world leaders by 2050, helping to drive global development.

China provided more than 65 million yuan ($10.2 million) of funding for international collaboration projects last year, and a soybean laboratory jointly initiated by China and Uruguay was included in the lab building list of the Belt and Road Initiative.

Funding for 88 overseas study projects has been approved as the academy pursues international cooperation in agricultural science and technology, Wu said.

China also plans to promote agricultural cooperation in countries involved in the BRI.

The country will strengthen training and the introduction of international talent while providing more channels for sending outstanding agricultural talent overseas for exchanges and study.

"We will organize international conferences and seminars on agricultural science and technology to further improve the academy's influence in the world," Wu said.