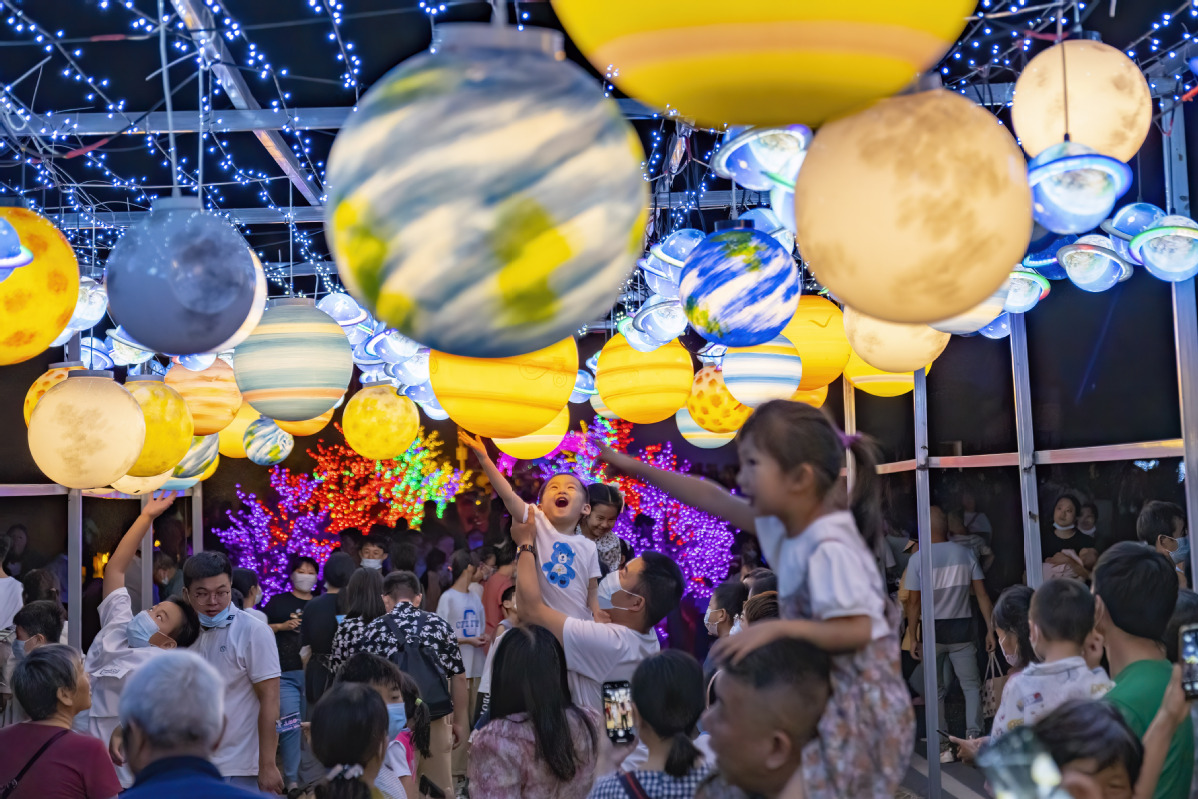 Residents visit a lantern show at a scenic spot in Hefei, Anhui province on Sept 10, 2022. [Photo by Ruan Xuefeng/chinadaily.com.cn]

China saw 73.41 million domestic tourist visits during the three-day Mid-Autumn Festival holiday that ended Monday, according to data from the Ministry of Culture and Tourism.

Night-time sightseeing is a highlight of the Mid-Autumn Festival, with lakes and rivers in cities including Hangzhou, Guangzhou, Shanghai and Nanjing ranking among the most popular destinations for sightseeing at night, according to the ministry.

The Mid-Autumn Festival, also known as the Moon Festival, fell on Saturday this year. It is usually marked by family reunions, enjoying sights of the full moon, and eating mooncakes.