After setting off from Zhengzhou city of Henan province, we drove south along the Daxue Road to visit the Guchengzhai Site in Xinmi, a county-level city of Zhengzhou. About one hour later, we reached our destination. To our surprise, the field is normal. Soon, however, we found the city wall built with yellow soil, not far from us. Thousands of years of erosion by wind and rain did not pull it down. The city wall stands there, as if telling the prosperous and glorious stories of this area in history.

Did the mysterious power built the city overnight?

Hindered by a river, we could not reach the wall. A local villager who was fishing there told us that the city wall has three sections with a moat. "I can't say how old this wall is, but it's been used all the time. In times of war, it would become a fortress to resist invaders." As the origin of the wall is unclear, there has been a legend that "some mysterious power built the city overnight", but it should be a wild guess since apparently there is no scientific basis, said him. Perhaps ancient people built such a high wall for military needs. 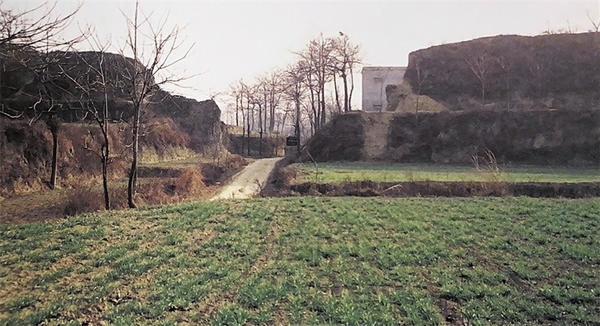 The north gate of the Guchengzhai Site. [Photo/Henan Daily App]

The local villager's saying is simple, but conforms to the archaeological findings in recent years. It has been confirmed that the site was an ancient capital city with a complete military defense system.

According to the report on the excavation of the Guchengzhai Site released in 2002, the site covers an area of 176,500 square meters with the discovery of three sections of city wall, rammed-earth building and corridor foundations, ash pits, tombs, foundation pits, etc. The rammed-earth building foundations should be built for the palace buildings. With a high city wall and a deep moat, it was carefully and intentionally designed and built with insular and military characteristics, showing the complete dual defense system in the the city-building history of ancient China.

Who was the owner?

City wall with moat is a sign of civilization, meaning that the Guchengzhai Site could be an ancient country since the palace buildings were also discovered there. 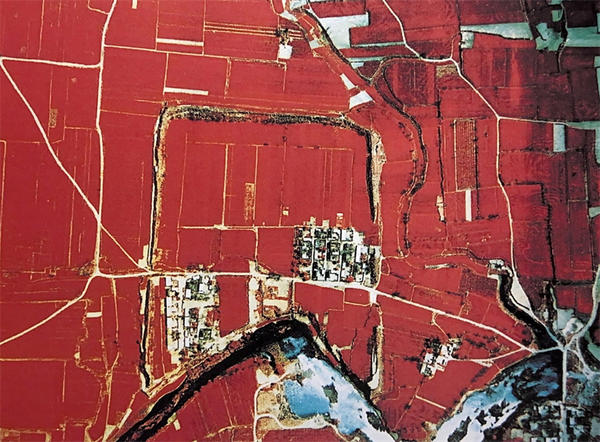 Who was the owner of such a large and magnificent country? Which country was it? There has been many speculation. For example, it was the Kuai State destroyed in 767 BC, or buit by Zhurong (China's god of fire) or the Yellow Emperor (the legendary ancestor of the Chinese nation). In the 1980s, the site was named as the Ancient City of the Kuai State. However, later excavations suggest that the site is even older than the Kuai State. The remains discovered there are mainly of the Longshan Culture (around 2500 BC-2000 BC). Some experts speculated that the Guchengzhai Site was used to be the Xuanyuan Hill, the birthplace of and the capital city built by the Yellow Emperor. Others raised different opinions that as is generally believed, the Yellow Emperor was living in the Miaodigou Culture (around 5,500 years ago), so the Guchengzhai Site cannot be proved as the Xuanyuan Hill.

With meat to eat and wine to drink, ancient people's good life

Although it still exists disputes about the issues mentioned above, the consensus is that the Guchengzhai Site was used to be a capital city, in other words, a large first-tier city at that time. So what kind of life did the people live? 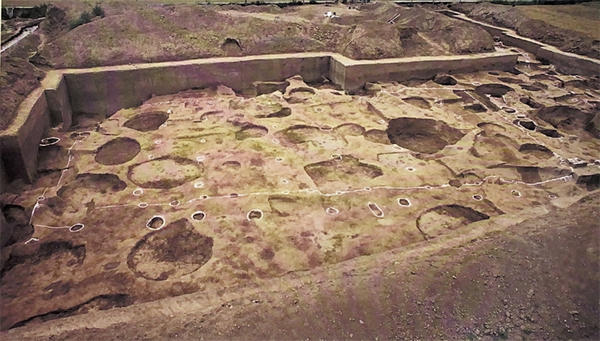 Archaeologists reconstructed their lives for us. The remains related to the processing of stones, jades, bones and clams indicate that there was a certain division of labor in handicraft industry at that time. The discovery of a large number of wine vessels proves that there was surplus grain for brewing, while that of bones of cattle, pigs and sheep shows that agriculture was developing rapidly and livestock raising was common. That suggests the people at that time already had a good life with meat to eat and wine to drink.

At the Guchengzhai Site also discovered various sacrificial remains, meaning that with ritual activities prevailed at that time, the people exclusively engaged in religious activities were already existed. It seems to be a slavery "dynasty" appeared in the later days. 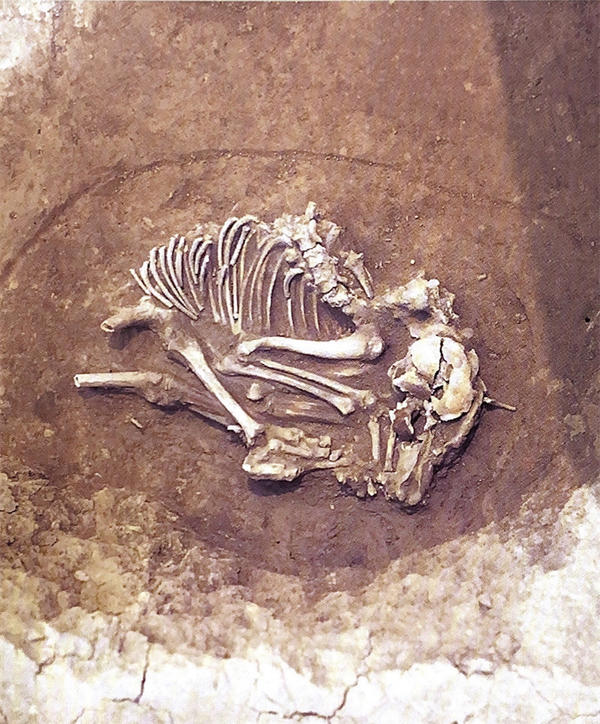 According to Zhang Xiaohu, who heads the excavations at the Guchengzhai Site, the site is one of the most important places in the Central Plains for the study of the Xia Dynasty, and various remains have proved that close to the core area where the Xia people lived, the site is one of the important symbols separating the culture of the Xia Dynasty form the culture of the late Neolithic Age. Particularly, the source of the rammed-earth foundations for palace buildings at the Erlitou Site has been found with the discovery of the city wall and the large rammed-earth building foundations (for palace buildings) at the Guchengzhai Site, a precedent for the layout of the palace buildings of the Shang Dynasty (1600 BC-1046 BC) which were located in Northeast Zhengzhou at that time. Besides, the Guchengzhai Site has unveiled the characteristics of the civilizations of both the Xia and the Shang dynasties, becoming an important evidence to study the formation of ancient Chinese civilization and the emergence of the state. This is the significance of the excavation. The Guchengzhai Site was included on the list of China's top 10 archaeological finds of 2020. 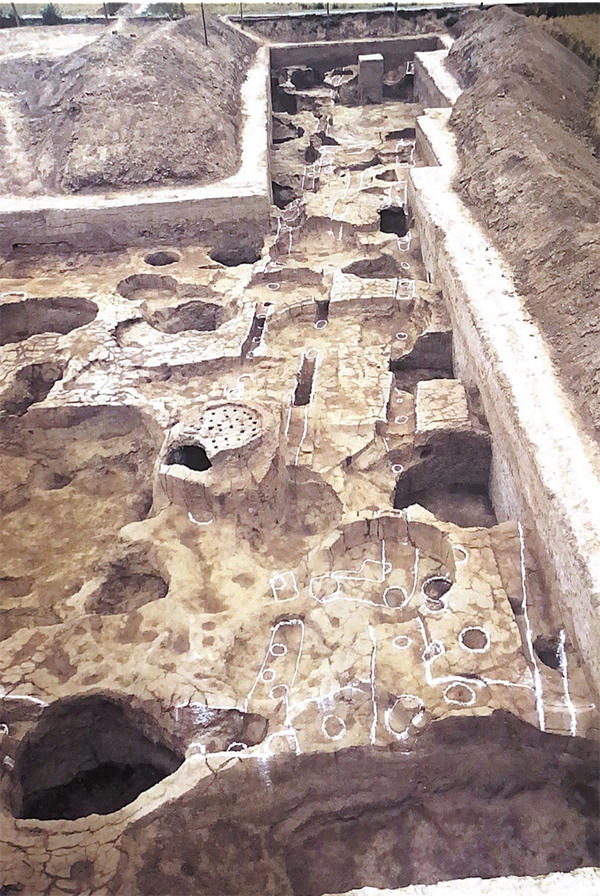 At the end of the interview, we were informed that a new round of excavation would be launched soon.  It is hard to predict what grand history will be "pieced" together with the new piece of pottery fragment discovered by our archaeologists. Let's wait for it.