The Wangchenggang Site: Where Is the Capital City of the Xia Dynasty?

Driving westwards along a busy road in Bafang village of Gaocheng town, Dengfeng city (a county-level city of Zhengzhou city, Henan province), we were attracted by not only the crops growing very well by the roadsides, but also a particularly eye-catching empty field surrounded by green barriers on a high slope. Right there is the ongoing new round of excavation of the Wangchenggang Site.

Under the scorching sun, the sweaty archaeologists, each holding a Luoyang spade - a traditional tube-shaped testing tool widely used by Chinese archaeologists, were carefully digging trial trenches. Ma Long, assistant research fellow of the Institute of Cultural Relics and Archaeology of Henan Province, who heads the excavation at the Wangchenggang Site, arrived at the archaeological site at 6 every morning with his colleagues. "The scorching heat is the toughest challenge to our archaeologists. I was even all wet with sweat before going to work." Ma said that to avoid the hottest period, they usually worked from 6 to 10 am and after 3:30 pm almost every day. No matter how hot the weather is, their persistence in the exploration of the Xia Dynasty (2070 BC-1600 BC) has never changed. 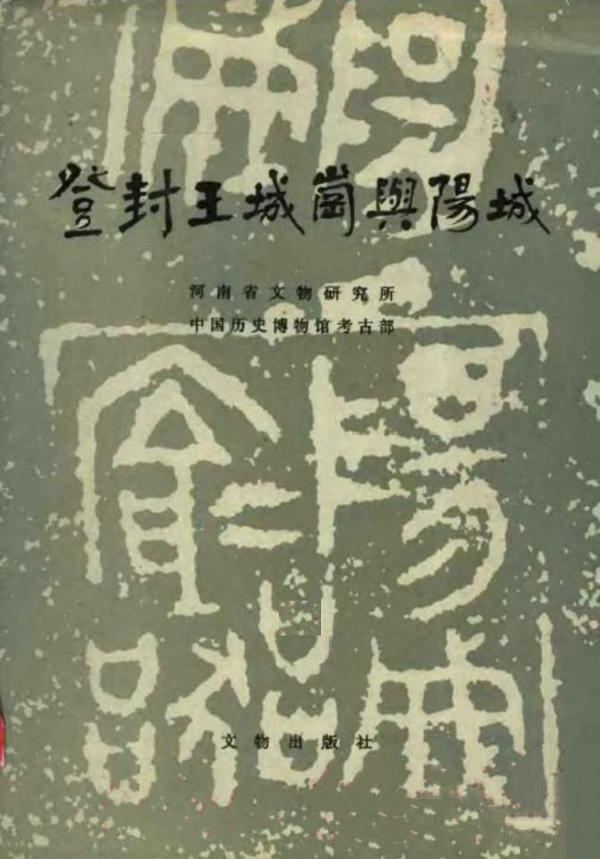 A book about the discovery of the Wangchenggang Site. [Photo provided to Henan Daily App]

For Ma, Xu's vision endowed the Wangchenggang Site with academic value. Xu started his work from historical documents and verified them with his archaeological practice of field investigation. Xu's investigation and trial digging made the site nationally recognized, thus opening up a new way to study the history of the Xia Dynasty by archaeology.

Did the capital city of the Xia Dynasty recorded in historical documents really exist? If so, where is it located? Since the 1950s, generations of archaeologists have embarked on the quest.

In the 1980s, pottery wares carved with the characters of Yangcheng (阳城) or Wares of Yangcheng (阳城仓器) were discovered at a city ruin of the Warring States Period (475 BC-221 BC) located to the northwest of the large city ruin, thus proving the existence of a city named Yangcheng around the Wangchenggang Site as late as the Eastern Zhou Dynasty (770 BC-256 BC). 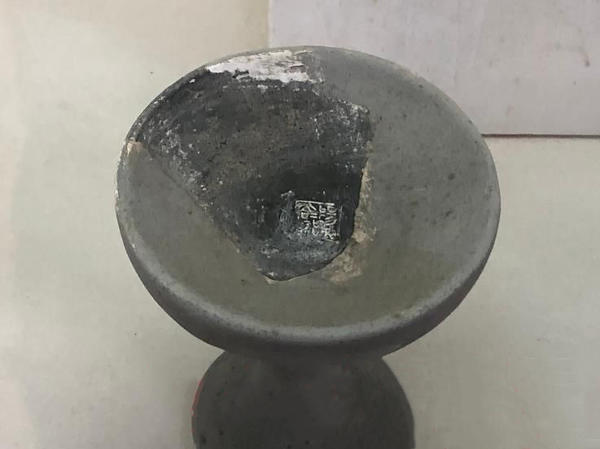 The character on the pottery ware. [Photo provided to Henan Daily App]

These important findings suggest that the Wangchenggang Site was a capital city of the early Xia Dynasty, likely to be Yangcheng (阳城) , capital city of Yu, recorded in the historical documents.

During the interview, Ma specifically mentioned the famous archaeologist An Jinhuai, who headed the excavation at the Wangchenggang Site in 1970s and 1980s. This year marks the centenary of the birth of An, who was born in Dengfeng. During the excavation, he also spread knowledge about archaeology and the site among the local villagers, thus refreshing their understanding of the site, archaeology and the village.

"The new round of excavation has been launched for more than a year, and the local elders often come to visit us and ask, 'Is Mr. An still here?'" Ma said that he hoped their archaeological work, just like An, could be recognized by the villagers and the public.

Characters of the Xia Dynasty were discovered?

Character is one of the signs of human civilization. The oldest characters found so far are oracle bone inscriptions of the Shang Dynasty (1600 BC-1046 BC), bringing the recorded history of China to more than 3,300 years ago. The oracle bone inscriptions are of a fairly mature writing system, including pictographic characters, self-explanatory characters, etc. Where did these characters come from? Could it be the Xia Dynasty? 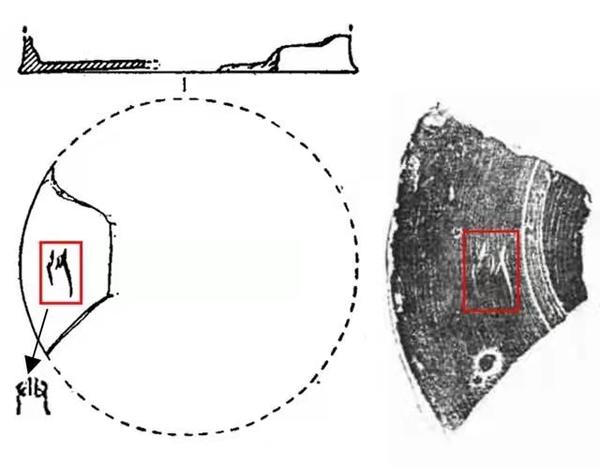 The character on the pottery ware. [Photo provided to Henan Daily App]

The Xia Dynasty is China's first dynasty. However, due to the lack of adequate written records and self-proving textual materials like oracle bone inscriptions, there still exist disputes despite many physical evidences found, such as city sites and relics.

It is worth noting that at the bottoms or shoulders of the late Longshan Culture pottery wares unearthed at the Wangchenggang Site, there were some symbols like characters, which were carved before firing.

"These so-called characters are relatively complex in form and structure, not belonging to pictographic characters but meaning-denotation ones, marking a big step forward compared with the descriptive symbols or characters of the Dawenkou Culture (4100 BC-2600 BC). Some scholars believe that they are characters, while others regard them as symbols." For Ma, their appearance indicates that the intellectual class specialized in mental work had appeared at that time.

A clearer Xia Dynasty is presented to us

In 2020, the Wangchenggang Site was proved as a key project (2020-2024) themed the study of the Xia Dynasty by the State Administration of Cultural Heritage. Now, a new round of excavation is underway at the site.

According to Cao Yanpeng, an associate research fellow from Henan Institute of Cultural Relics and Archaeology, who heads the excavation at the Wangchenggang Site, the latest digging shows a rammed-earth foundation covering an area of more than 20,000 square meters at the large city's north-central part, one of the largest rammed-earth foundations between the late Longshan Culture and the Erlitou Culture found in the Central Plains. Compared with the previous findings, it suggests that the large city ruin is closely related to the Xia Dynasty. The discovery of the large rammed-earth foundation not only proves that the large city's north-central part is a living area (most likely for aristocrats), which is helpful to understand its functional zones, but also offers some support for the central position of the large city in the Yinghe River basin and the appearance of the "states in embryonic form" around the Songshan Mountain. 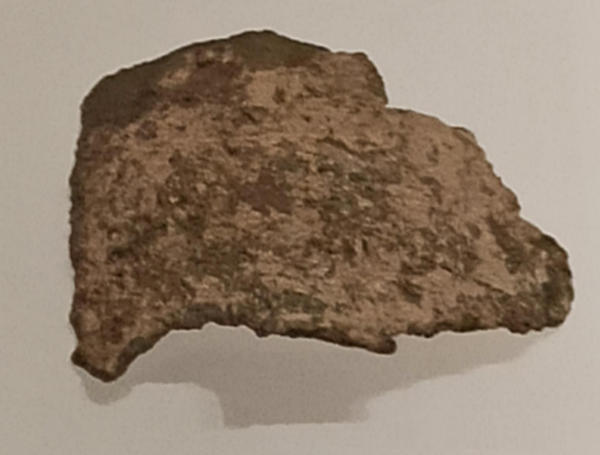 Jade cong (琮, a type of jade cylinder used in religious rituals) was previously discovered at the Wangchenggang Site. Cong is known as an important feature of the Liangzhu Culture (which dates back some 5,000 years) in the lower Reaches of the Yangtze River. Worshipping heaven with cong is not a tradition of the Central Plains. So the discovery of cong indicates that there were cultural exchanges between Wangchenggang and Liangzhu. For Cao, it shows that the leaders in the Songshan area had cultivated a political ideal of uniting the whole nation. Such a practice of accepting ritual implements from others was also inherited during the Erlitou Culture.

Fragments of some bronze vessel were also discovered at the Wangchenggang Site, which should be of bronze gui (鬶, a kind of cooking vessel). Modern tests suggest that it should be made with the casting method due to its thin base and uniform thickness, indicating that the casting technique at that time was already widely used. Very few exquisite bronze vessels of the Longshan Culture were discovered, showing the exceptional status of the Wangchenggang Site in the late Longshan Culture.